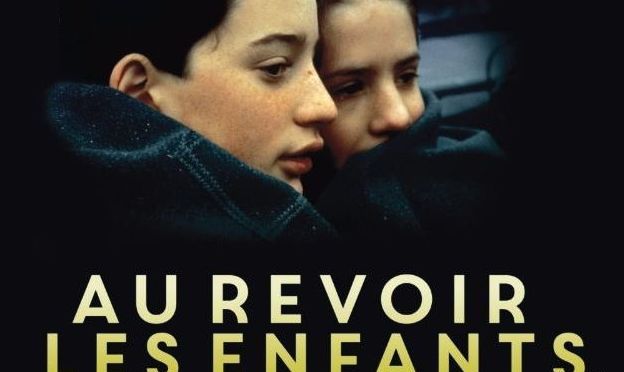 Louis Malle’s brilliant wartime drama set in a French Boarding school is a subtle, yet somehow brutal drama which perfectly captures the horrors of war during 1944 Occupied France. It centres on the relationship between the children who were sent from the cities of France out to the countryside to avoid the Allies bombing. More specifically it looks at the relationship between Julien Quentin and new boy at the school Jean Bonnet.

The adult characters throughout the film such as the parents, priests and teachers all do their utmost to protect the children from the fact that a war rages on. This is demonstrated by the fact the children are sent away from the city where the Allies are bombing non-stop as heard in one of Madame Quentin’s letters. Moreover, Julien’s mother is clearly a loving woman committed to protecting her sons showing this in the opening scene. On the platform Julian is quite vicious to her but she knows this is from fear and being upset at being sent away. The way she hugs him and reassures him tells us she cares very much.

Certainly, the Church and school grounds are both physically and figuratively seen as the main shelter for the children during the film. The location of the school in the countryside away from the main ally bombings also illustrates the desire to protect the children from the war. In addition, so does the blackout curtains and placing the children in the catacombs while an air raid takes place. The fact that Catholicism features heavily in the film offers religion and God as more symbolic protector of the boys.

But as the narrative progresses the world outside and events prick the temporary and flimsy protective bubble. Despite their efforts the adults cannot protect the children fully from the harshness of war with German soldiers, French Military Police and eventually the Gestapo converging on the school.

The colours throughout the film are washed out and somewhat drab with darker hues such as brown, navy blues, black and greys dominating the clothes, curtains and mise-en-scence generally. Married to these colours is a bleached, pared down cinematographical style which combine to create a cold, oppressive feeling during the film. There is a sense the characters are not only trapped by the ongoing war and in the boarding school but also by the weather. Indeed, it appears that a permanent winter hangs over the characters. Moreover, the lighting is served as naturalistic emanating from windows, candles and skylights.

As aforementioned, Jean and Julien’s relationship propels the narrative. Jean Bonnet is portrayed as a studious boy who excels at most subjects notably music and mathematics and is singled out for praise by the teachers. Initially, he attempts to keep himself to himself not forging close ties with any other children other than those he knows. The reaction from the other children is mixed. Some ignore him but others tease him about his name. Julien is indifferent until he is asked by Father Jean to keep an eye on him.

My feeling was there was a real tragedy surrounding Jean and this is testament to the director and the casting of the boy who portrayed him. While many of the children are pale in colour Jean was paler almost ghost-like. The kiss Father Jean places on his head at the beginning of the film seems innocent but becomes portentous by the films’ end. Being Jewish also lends his character a real sense of adversity and there is much suspense to be derived as to when he will be discovered.

Initially, their relationship is strained with Julien not reckoning Jean but over time they slowly begin to bond. Father Jean requests Julien becomes a ‘guardian’ to Jean and Julien takes on this responsibility. He is also naturally curious about the new boy and his background having discovered him praying in Hebrew at night.

Aside from their close proximity in the bedroom area events conspire to bring the children closer together. Julien’s bed-wetting not only causes him distress but also leads to the discovery of Jean’s religious background. Moreover, a mutual interest in playing of the piano provided common ground between the two characters as echoed in a lovely scene later in the film showing them playing together despite the air-raid going on. Indeed both music and film (Chaplin’s ‘The Immigrant’) are shown to be provide a form of escape from the horrors of the outside world.

Julien is a naturally inquisitive boy and when he sees Jean praying at night he becomes intrigued. His interest is piqued further when Father Jean asks him to look after him. This separates Jean Bonnet as different. Moreover, the way they are integrated into the school is different also. Many of the other boys arrive on the train from the city while the Jewish children arrive separately almost in secret from a mystery place.

Julien’s detective work is initially done clandestinely. He searches Jean’s locker at night and finds books with his actual name in them: Kippelstein. This gives him the impetus to begin asking his brother questions about the Jewish people and why they are disliked so. His brother reveals a lack of knowledge and thus Julien also asks his Mother too. As his ‘investigation’ continues and he gains Jean’s trust he then asks him directly about his parents and where he comes from. Over time he gains Jean’s trust and Julien finds out about him personally as well as his background. As such a bond is built via Jean’s secret.

The key event which brings them together is when they get lost in the woods. The scene separates the boys from the rest of the school and shows they support each other in their plight. Julien doesn’t dream of giving Jean up to the German soldiers in the woods and their friendship is confirmed from that moment onwards. However, there’s a sense that it is Julien who gives Jean away to the Gestapo at the end because of their bond but this is a harsh assessment.

Ultimately, it is the crippled Joseph who gives the Jewish children away. While the capture of Jean and the other boys is certainly a tragedy I find Joseph to be the saddest character in the whole film. This is a character who has been dealt a really bad hand in life. He appears to be an orphan, is disabled and is also of lower social standing compared to the richer kids who surround him. Furthermore, he is bullied mercilessly by the other children despite the fact he actually helps them get cigarettes and stamps through his racketeering on the black market.

The biggest tragedy is that he is the one who must pay for the whole ‘black market’ affair with the privileged children being castigated but essentially unpunished for their roles in breaking the rules. Even Father Jean admits as much that Joseph is the scapegoat in the event. My emotions empathised with Joseph at this point and felt maybe he could have been forgiven or at least asked to forgive his sins. But no, he is cast aside and this causes the downfall of Father Jean and the Jewish children.

There is no justification for Joseph’s actions but he’d been forced into a corner like a gutter rat and came out fighting. While his actions are reprehensible he had revenge and spite in his mind as he had lost everything. It was a decision based not only on retribution but also a desire to gain power. At the end as he smokes what he believes to be a victory cigarette the audience knows the Germans will eventually lose the war and poor Joseph has chosen the wrong side.

But does Julien betray Jean in the classic end scene where for one brief second he looks back at his new friend? No. My understanding of the meaning of betrayal is an individual going out of their way vindictively to divulge a secret or secrets for personal gain or self-preservation. And while it’s Julien’s turn and look around which gives Jean away to the Gestapo I don’t believe he has betrayed him. The look around is out of fear for his friend and is an instinct rather than a decisive move. There is no malice aforethought but rather a reaction due to the nervousness of the situation.

There’s also a question of motive. By the end Julien and Jean have become good friends so there is no real reason why he would betray Jean. Moreover, he could have given Jean up many times before that, notably when they get lost in the woods and taken back to school by the soldiers. Overall, I think it’s the Nazis who betray Jean. Their actions have ultimately led to the horror of war and moments such as these in the classroom. Thus, every innocent in this film is betrayed, not just the Jewish children and Father Jean.

The film is microcosmic and analogous using the characters – in a similar way Casablanca (1942) – to represent certain groups present during WWII. One could argue Father Jean represents the Resistance; Julien represents the French nation awakening to the horrors of war; Joseph represents the colluding Vichy government; and more unambiguously Jean is the Jewish people and the Germans the Germans. Therefore, the film offers a positive portrayal of the French when Father Jean and Julien are shown both befriending and protecting Jean.

This film is what I would describe as a quiet tragedy. Big events occur almost incidentally with emotional scenes unfolding and ending before you’ve had a chance to take in the enormity of what has occurred. Louis Malle does this with a very unobtrusive and subtle filmmaking style. The camera positions are relatively neutral throughout shooting in a medium shot on the whole with hardly any close-ups or extreme long shots. The music is also very subtle and another filmmaker may have had a rousing score to deliver emotions but much of the music in the film is diegetic either from piano or violin playing during the Chaplin screening.

The beauty of this film is the subtle way it conveys its story and meaning. So, when discussing the potential legacy of guilt it is important to look at the characters and their place in the story. There are clearly defined antagonists in the Germans and positive protagonists in the children, Father Jean and his teaching staff. Moreover, in Julien and Joseph we have, in my view, the most complex characters of the film. Joseph is the anti-hero and where much of the legacy of guilt could be fed through. Additionally, there is the suggestion of guilt in Julien’s turn and look that gives Jean away. But guilt here is not necessarily overt and is conveyed between the lines in keeping with the masterful direction Malle provides throughout.

Similarly, the film does not show the French as anti-semitic throughout; quite the opposite in fact. While the children show ignorance of Judaism this is not through prejudice but rather a lack of knowledge and when given the chance to betray the Jewish children the French display grit and resistance against the Germans; something to feel proud rather than guilt about.

So, in conclusion, underneath the surface there is a sense of guilt that pervades the characters and film in general but it is subtle and underplayed and the film is all the more brilliant for it. It does not smash home any singular messages regarding a legacy of guilt but shows all facets of the French people at wartime. Both the positive and negative and the result is not a simple case of black and white but instead a powerful grey like the colour of the Nazi uniform itself.