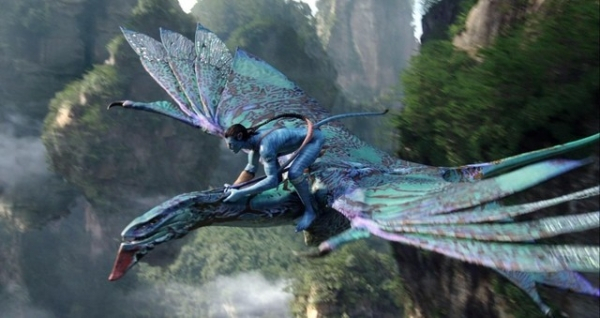 Here’s a re-blog of an article I wrote for the excellent http://www.sothetheorygoes.com website. It’s arguably a better researched article than I usually turn out and the original can be found here.

As an avid cinemagoer and fan I watch a hell of a lot of movies. I am aware that Hollywood film releases rarely contain original screenplays due to the massive flux of literary, journalistic, radio, televisual and comic-book adaptations. Moreover, there are reboots, remakes and re-imaginings of older and, in the case of the recent Spiderman releases, not-so-older films too.  I have even noticed another trend where on top of the usual remakes there are a number of films which are unofficial remakes of other films. Does this mean originality is finally dead in Hollywood and is now cannibalizing itself to produce product. Or, has it always been that way?

I want to explore the nature of storytelling, mythmaking and modes of classic Hollywood film production to consider whether there is a trend toward unofficial remakes in the current filmmaking era. I will examine cultural theory and film history to decide whether filmmakers are knowingly copying other works but hiding their intentions; or subconsciously replicating past cinema works while emulating both the historical traditions of storytelling and the classical Hollywood mode of film production. I will look at some recent film releases to further reflect on such theories.

The blockbuster or big budget spectacular has been a major business tool of Hollywood production since movies. In his book Blockbuster, Tom Shone points to the 1970s as the beginning of the blockbuster summer movie era with films such as Jaws (1975) and Star Wars (1977), making huge money and beginning a business convention which continues today. However, there has always been huge behemoth product coming out of Hollywood with the likes of D.W Griffiths’ Birth of a Nation (1915), Gone With The Wind (1939), Cleopatra (1963) being examples of big-budget spectacular produced down the years. As such the blockbuster is as much a genre in its own right as opined by Shone and also Peter Biskind in his book: Easy Riders, Raging Bulls: How the Sex-Drugs-And Rock ‘N Roll Generation Saved Hollywood.

The summer blockbuster film release is clearly a huge money-making enterprise on behalf of Hollywood studios. Indeed, according to a recent Indiewire article films such as The Force Awakens (2015), Avatar (2009), Avengers: Assemble (2012) have together made over $2.5 billion dollars in at the box office. With the Marvel and Star Wars universe or franchises ever increasing their reach across galaxies far, far away it is important to note that the new Hollywood is still following the classical Hollywood system in regard to mode of production.

In their book The Classical Hollywood Cinema: Film Style and Mode of Production to 1960, Staiger, Thompson and Bordwell, a Hollywood film derives its’ competitiveness from a standardized norm and differentiated delivery. Film genres take place between the dialectic of standardization and differentiation which allows films to be produced along a conveyor built quickly and more profitably while some innovation generates differentiated elements to enable successful marketing of the product.

For example, Ford produced and continued to produce a lot of the same model motor vehicles but change the colours and extras to differentiate the product. Likewise, Hollywood produces a hell of a lot of action, superhero and blockbuster films but in using different actors, directors, composers and source materials they are able to blind the audience to the storytelling structures and plots being used.

But is this a mode of production considered lazy, unoriginal, uninspired or even plagiaristic? Possibly, yet it seems to make sense that Hollywood studios, while risking a hell of a lot of money on their blockbusters, standardize their product and use what has worked before to protect their investment. While some of us would like to see David Lynch given $200 million to direct a Marvel Universe movie, his idiosyncratic vision of the world would be such a leap of differentiation it would possibly – like his adaptation of Dune (1984) – create a potential box office bomb. Even a brilliant director like Edgar Wright was considered not “house style” enough for the Marvel film Ant Man (2015) and left the production due to the oft-quoted “creative differences”.

Is it fair to accuse Hollywood studios of unoriginality or even plagiarism? Are writer and filmmakers merely following the rules of the world?  I mean according to Christopher Booker’s text The Seven Basic Plots: Why We Tell Stories, there are in essence only a limited number of narratives including the: ‘Overcoming the Monster’, ‘Rags to Riches’, ‘The Quest’, ‘Comedy, ‘Rebirth’, ‘Tragedy’ and ‘Voyage and Return’. Booker echoes too the studies of mythologist Joseph Campbell who argues that the ‘Hero’s Journey’ or monomyth is the common template of most stories. Christopher Vogler followed on from Campbell’s extensive work in his book, The Writer’s Journey: Mythic Structure for Writer arguing that most popular stories can be narrowed down to a series of basic structures and archetypes.

Thus, we could argue that originality is in fact impossible and Hollywood blockbusters, as well as following the classical Hollywood model of standardization and differentiation; are simply passing on the traditional and mythical structures which hark back to the cave drawings of our ancestors, Greek myths and those wonderful stories in the Bible.  Let’s have a look at some examples of recent blockbuster films which echo the theories of mythic storytelling, concentrating specifically on those that could be considered unofficial remakes of previous films.

The biggest box office hit of recent years is the JJ Abrams directed The Force Awakens (2015). After Disney paid an absolute fortune to Lucasfilms for the rights to own the Star Wars franchise it’s safe to say that there was no way the studio would be taking any risks on their product. Thus, in my opinion, JJ Abrams and his writing team took a safety first approach to the storyline by unofficially remaking the original Star Wars: A New Hope (1977). They standardized their product by using most of the same characters, settings, design, costumes, music and themes. Moreover, on the whole it follows the same “Hero’s Journey” and “Overcoming the Monster” models within its structure as at its core a plucky young “orphan” must rise up and defeat the dark side of the Empire. Conversely, the original Star Wars could be argued to have heavily borrowed its structure and archetypes from Akiro Kurosawa’s Hidden Fortress (1958). However, George Lucas’ epic space opera was so original in presentation and design one cannot reconcile notions of plagiarism.

A Force Awakens was only marginally differentiated with more diverse casting as the female leading character Rey (Daisy Ridley) took the Luke Skywalker role. The only main difference is her character was arguably more passive in the narrative compared with the dynamic enthusiasm of Mark Hamill’s Luke Skywalker. In remaking A New Hope, complete with a total-replica-ending culminating in the rebels destroying the Death Star, the filmmakers tick all the fan boxes yet with just enough difference in the details so as not to be accused of self-plagiarism. For me, however, A Force Awakens  is not as credible a story as Rogue One (2016), which, while invoking World War II “suicide-mission” genre structures such as: The Dirty Dozen (1967) and Guns of Navarone (1966), had more original characters and differentiation and thus felt a fresher product.

Unofficial remakes or the echoing of known texts are rife in the blockbuster era. James Cameron’s environmentalist Sci-Fi fantasy Avatar (2009) has exactly the same “Voyage and Return” structure as Kevin Costner’s revisionist Western Dances with Wolves (1990). In both films our hero, a soldier, finds himself at first a prisoner and then falling in love with an indigenous tribe’s more natural lifestyle; ultimately defying the patriarchal and oppressive capitalist society from where he came. Both culminate in a thrilling battle at the end where our gone-native hero overcomes the monstrous enemy.  Avatar, of course, differentiates markedly in presentation to Costner’s epic due to the incredible special effects on show but the structure and storylines are exactly the same.

Screenwriters have not just plundered cinema’s back catalogue for narratives. The original storyline of Marvel comic books The Hulk is an unofficial adaptation of Robert Louis Stevenson’s Dr Jekyll and Mr Hyde; with a scientist splitting his personality between man and monster following an experiment gone wrong. Marvel indeed are experts at absorbing literary texts into their works as Age of Ultron(2015) echoes the story of Frankenstein as Stark’s experiment wreaks monstrous havoc on the Avengers. Moreover one of the best Marvel films Captain America: Winter Soldier (2014) uses the plot of spy thriller Three Days of the Condor (1975) as a springboard.

Of course, these are very loose interpretations, however, with Avengers: Assemble (2012) the filmmakers have, in my mind, essentially remade Kurosawa’s Seven Samourai (1954). Of course Seven Samourai has been remade many times as The Magnificent Seven in both 1960 and 2016, respectively. Indeed, in Avengers Assemble the plot of the villagers-in-peril being protected against a vicious foe by a rag-tag bag of gunslingers is mirrored by the Earth being guarded by the Avengers against Loki and the Chitauri. Even the beats of the story are similar with Nick Fury (Samuel L. Jackson) building his team in the way Chris (Yul Brynner) did in the Western version and Kambei (Takashi Shimura) did in the original. Overall, The Avengers is a terrific film, with a very solid narrative founded on the powerful structure of works released before it.

In summary, the unofficial remake is probably not a recent trend as I am sure further investigation will reveal more examples of this occurrence in Hollywood film production. The question remains though: is there evidence of plagiarism within the modern Hollywood blockbuster and cinema examples used? I would say there probably isn’t. Filmmakers today are generally following the age-old tradition of passing on stories and myths, combined with the conscious structural safety of following genre conventions and the standardization and differentiation models Classical Hollywood cinema established decades ago. Either that or they are following Quentin Tarantino’s lead when he says,

“I steal from every single movie ever made. If people don’t like that, then tough tills, don’t go and see it, all right? I steal from everything. Great artists steal, they don’t do homages.”