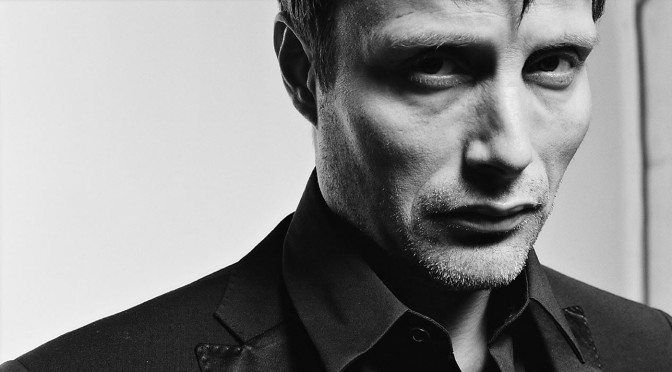 You know the drill.  I pick an actor and have a gander at some of the finest roles in their cinematic/televisual Curriculum Vitae.

For my latest tribute I have a look at the mercurial Mads Mikkelsen; a Danish actor who has impressed me more and more in each role I have seen him in.  Here’s FIVE of his finest moments.

This is a thrilling Danish WW2 story charting the exploits of Danish Resistance fighters/assassins codenamed Flammen and Citron.  Mikkelsen portrays Jorgen, the latter of the partnership as he and compatriot Bendt laid waste to Nazis and their Danish collaborators amidst the German occupation.  Mikkelsen is very good at playing smooth characters but here he’s nervy, dirty, sweaty and living-on-the-edge. He brings his classic mournful look to a character fighting inner demons, traitors and Nazis; all the while trying to cling to the family he loves. War brought the worst and best out of people; sometimes at exactly the same time as this film ably illustrates.

It took me a couple of attempts to get into Gaumont/NBC’s lavish adaptation of Thomas Harris’ iconic characters and indeed I bailed watching it the first time round as I didn’t get it.  However, buoyed by fan-boy admiration for Mads and also encouraged by my American girlfriend I tried again and have just whipped through the first two seasons of a killing, cooking and bloody-curdling TV feast. Mikkelsen plays an elegant, urbane and vampiric Hannibal Lecter far removed from the over-the-top-grand-theatrics of the brilliant Anthony Hopkins.  His pursuers are once again Will Graham (Hugh Dancy) and Jack Crawford (Lawrence Fishburne) as they attempt to track down a number of serial-killers all knocking about the United States of Annihilation.

There is death and blood galore in this series all presented via a beautifully shot and very artistic editing design full of surreal imagery and Rorschach-style montage.  Mikkelsen as Lecter is a delight as he kills and grills his victims with epicurean aplomb. If you like gory imagery, psychological mind games and gothic narrative then this is the show for you. Mikkelsen excels as usual as he can convey a moment of pure evil and black humour with a single look or gesture.  He’s also no stranger to cannibalistic characters having played a sympathetic yet murderous meat-man in the Danish black comedy Green Butchers (2003).  Bring on Season 3!

This is one of the best dramas I have seen in a long time.  Mikkelsen is a well-respected Primary teacher in a middle-class Danish village. Following a seemingly innocuous incident with a young girl he is suddenly accused of being a paedophile.  The matter escalates and escalates as he is shunned by those around him and he becomes isolated while protesting his innocence.  Mikkelsen is incredible as this tortured pariah who is terrorized by the equivalent of villagers with torches and pitchforks pursuing a monstrous Frankenstein creation to its doom.  The genius of this challenging film is creating an antagonist out of a kindergarten child’s blurred memory subsequently fuelled by fervent and fundamentalist mob rule. It’s arguably Mikkelsen’s finest performance; full of nuance and pathos as his character Lucas suffers a kind of modern day Kafkaesque ordeal.  Deservedly he won Best Actor at the Cannes Film Festival.

Mikkelsen’s debut was in Nicolas Winding Refn’s gritty drug drama Pusher where he played the scumbag Tonny; a lowlife mate of dealer Frank.  He certainly made an impact because when Refn made a sequel he put forth Tonny as the main character of the story.  Pusher II is even more relentlessly grim than the original featuring all manner of dumb, lower-class hoods trying to scrape gold from Copenhagen streets paved mainly with smack and dog-shit. It’s an unglamorous and honest realisation of criminal-life with a lot in common with Scorcese’s Mean Streets (1973), as low-level pushers fuck one another over on a regular basis.

Mikkelsen’s Tonny is a tragic character who is left rudderless by a manipulative father and just cannot cut a break due to both his own lack of intelligence or positive role models.  Tonny’s portrayed like a blind dumb bear chained to a metal stake swiping at those around him as he attempts to find the means to escape or redemption only to realise he’s all alone in the dark.  Never has there been so much sympathy for a movie thug like Tonny as Mikkelsen extracts every bit of humanity he can from the poor beast.