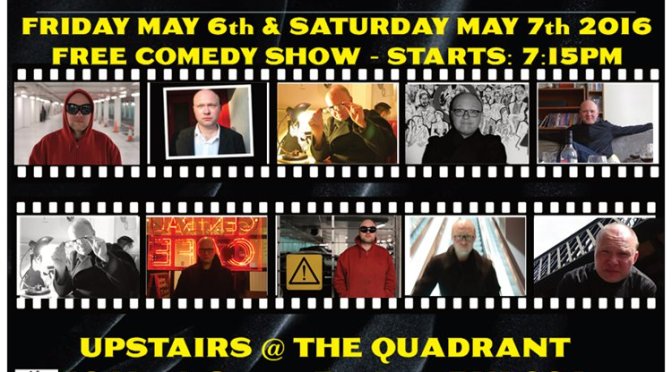 Rhys (my 15 year-old son):  Dad, why did you attempt stand-up comedy?  Because you’re not  very funny! You’re just not funny!

Me: Same reason I became a parent: I was very drunk; I thought that’ll be good for a laugh; now I’m just seeing it through to the bitter end.

My creative journey into stand-up comedy began in 2008 and after five years of gigging and running my own gigs like a bastard I got to a reasonable standard of being able to: write a joke; speak confidently; hold a microphone; and occasionally make people laugh. For me, the nervous-wreck of a person who had never performed comedy before was vanquished; and that was very much my goal when I set out. Basically, I wanted to improve my creative writing and be comfortable on stage. Every now and then I would even be paid a small amount of money to be a “comedian” and that was an amazing bonus.

In the last few years’ family commitments meant I have scaled back the gigging but I continued to write and practise my jokes plus gig a fair bit too.  Indeed, the writing is something I continue to enjoy greatly within the creative process; especially the very specific purpose of making things funny. Moreover, gigging is also great as I have met so many interesting and intriguing creative people while performing comedy.

Having performed in a play on the Camden Fringe and shared shows at both Camden and Brighton Fringe with other comedians I have now decided to put my own show on this year in Brighton.  Hilarious guitarist/comedian Gwilum Argos will open and I will perform around forty minutes of puns, jokes, rants and maybe even a song or two.  I look forward to seeing it through to the bitter end with some enthusiasm!

The Paul Laight Show: The Laughing Horse @ The Quadrant on Friday 6th and 7th May 2016. Show starts at 7.15pm. Free entry.   Click here for more details.