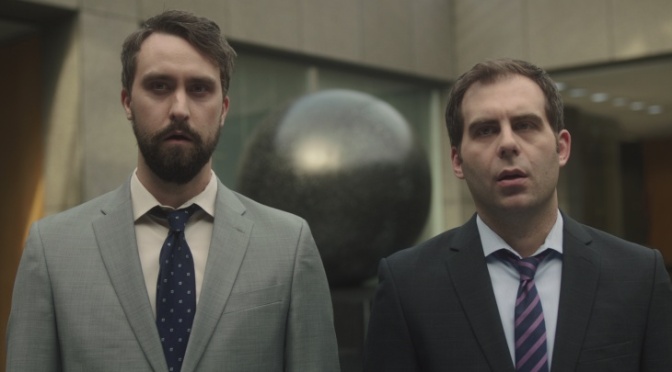 Have you ever had a job where during your employment you literally just wanted to die?  It could be for a number of reasons: you hate your job; you hate your boss; you hate your work colleagues; you hate yourself; you’re bored with the tasks; the endless meetings; a hangover from hell; your pen broke and leaked all over you; the girl from Accounts doesn’t fancy you; you hate the customers; or you feel so existentially empty and having realised the pointlessness of living in a cruel, heartless and soulless vacuum of a world you see no alternative but to commit suicide. Or is that just me?

Of course, many of the above are the irrational emotions of a spoilt Westerner and can be firmly filed under first world problems. Because in a thriving and greed-driven capitalist society which is destroying the environment and Earth, making the rich richer and the monetizing and exploiting the poor for the continual gathering of wealth, what alternative is there? We can protest and sometime things change but most of us have the fight kicked out of our guts or never had it to begin with. So we have no choice but to punch the clock, get our money, go out and get drunk or high and play Xbox, have miserable children, watch a movie, watch Netflix, buy crap we don’t need, over eat and drink; and then go back to work on Monday, deluding ourselves we are living valuable lives.

Comedy Central’s under-the-radar black comedy satire Corporate encapsulates much of what I’m talking about above. My attitude is nowhere near as bleak anymore as the opinions stated above and come from emotions of when I was much younger and cynical. However, there remains a truth to these feelings and Corporate – in ten very funny episodes – captures that negative truth very well. It also captures the existential dread of working in an office for a diabolical corporation, hell-bent on fucking the world while chasing the: Dollar, Pound, Yen, Rupee, Renminbi etc.

Indeed, Hampton DeVille are a massive global company and completely ruthless in their business as the show reflects practices by such conglomerates as: Amazon, Apple and Google etc. Their CEO is the megalomaniacal Christian Deville (Lance Reddick) but the show focusses on the trainee executives Matt (Matt Ingebretson) and Jake (Jake Weisman) as they face the horror of: long pointless meetings; ridiculous away days; dress down days; pedantic HR policies; general boredom and ennui; and dealing with patronising middle managers and petty colleagues. With episode titles such as: Powerpoint of Death, The Void and The Pain of Being Alive, the show is pitch black in its outlook and themes; while the visual style is drained of colour with browns, blacks and greys dominating.

Overall, I really enjoyed the absurd look at office life in Corporate. It takes risks because even the lead protagonists aren’t likable and the delivery is very deadpan. I especially enjoyed the skewering corporate business, as Hampton Deville is shown to be involved in: gun-running; starting civil wars; monetizing religion and art; over-the top technological releases; stupid jargon and sloganeering; plus it nails the horrific tedium of being trapped in a job you hate. But as I always say: there’s one thing worse that having a job you hate – having to look for a job you know you’re going to hate!!