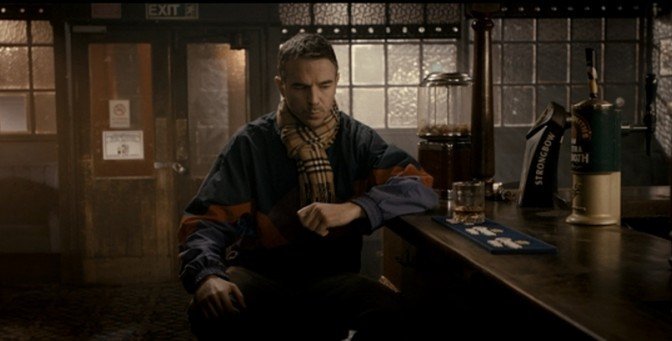 With so much British filmmaking talent behind and in front of the camera being absorbed by the big film and television studios in America, and the lack of cash within the British film industry too, it’s rare that a British film gets made and then distributed properly. Even if a film such as the earthy London-set crime drama, Wild Bill (2011), does find its way to British cinemas it can be cruelly enveloped by the Hollywood film behemoth, swallowed up at the multiplexes and seen by very few popcorn guzzlers. Which is a damn shame as Wild Bill (2011) is a tidy, low-budget, and extremely under-rated classic in my book. Made for just £700,000 and directed by the now in-demand actor-turned-filmmaker, Dexter Fletcher, the film marries family conflict, humour, violence, South London gangsters all in a moving tale of redemption.

For the record, for me, an under-rated classic can be a film I love, plus satisfy the following criteria:

Unfortunately, Wild Bill (2011), does not meet any of these criteria. In fact, not many people have even heard of the film, let alone seen it. But it’s on Netflix so do try and catch it. Read on for some reasons why.

The main character nicknamed, portrayed by the excellent character actor, Charlie Creed-Miles, is the titular “Wild Bill”. He has just been released from prison having been a dealer and fighter and general menace to society. There is immediately tension because you wonder if the man will return to his bad old ways. Surprised to find his wife has buggered off to Spain, Bill is hardly given a warm welcome by his older son, Dean, as Will Poulter give another very mature performance. Indeed, Dean hates Bill, and while he is only fifteen, he has been the breadwinner looking after his young brother, Jimmy (Sammy Williams). Forced to stay together by Social Services, much of the film finds the father and son resisting, then attempting to find some common ground. The attempts at family harmony are not aided by the career thugs, including Leo Gregory and Neil Maskell’s characters, attempting to get Bill back on their crack dealing crew. It’s during such struggles that Bill strives to be positive and not return to his violent ways. However, there is only so far a man can be pushed.

Wild Bill (2011) is beautifully filmed with some fantastic London vistas as well as some gritty, urban locations to savour. Sure, the film also has a familiar set of character archetypes and narrative tropes. These include the ex-con trying to go straight, the tart with a heart, the local drug dealers terrorizing the estate, a teenage mum, estate kids getting pulled into crime, the white dealer who thinks he’s black; and the “Mr Big” crime boss played with threatening glee by Andy Serkis. Yet, the characters never become stereotypes as the writing and narrative avoid most of the cliches usually present in plain bad cockney gangster films. Ultimately, the writers, director and actors really make us care about Bill and his boys. I mean, after many false starts he really tries to make a go of it as a father. Bill may not have always made the best decisions in life, but he has guts and heart; very much like Wild Bill (2011) as a whole.