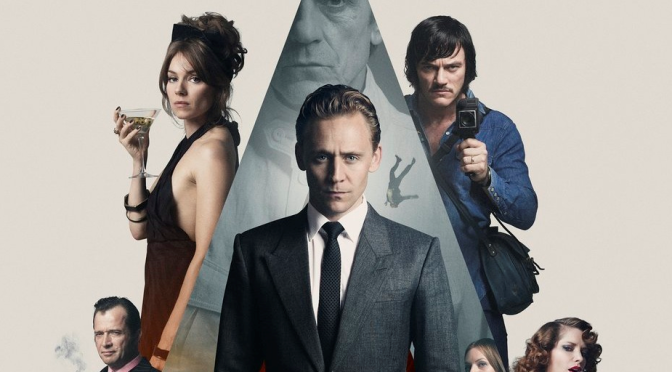 I watched a cinematic adaptation of High Rise (2015) last night at the BFI and director Ben Wheatley proved that JG Ballard’s unfilmable critique of the class system should probably have remained just that: unfilmed. Not that there isn’t much to take from this thought-provoking anarchy which is both a visual and aural feast; it’s just one could never recommend it to the popcorn-munching multiplex mob expecting empathetic characters, coherent narrative spine and thematic simplicity. Still, if you enjoy chaos on the cinema screen there is much to recommend from within this splintered and jarring yarn.

As I sat amidst the Guardianista intelligentsia for the film’s Q & A – which included director/editor Ben Wheatley and actors Luke Evans and Reece Shearsmith – there were many long-winded “love the sound of their own voice” studenty statements masquerading as questions. Why can’t people just ask a direct question? I had a few in mind such as:

Many of these were answered by a bored looking director in between the lines of his responses, but having had my senses battered by the movie for two hours I realised I did not care to be honest! This is the kind of film you pretend to like when you’re nineteen and want to appear edgy, intellectual and separated from the hoi-polloi. Moreover, you’re likely to be immersed in the cinephiliac influences of Godard, Bunuel, Bergman, Eisenstein and Kubrik; all of which have clearly informed the filmmakers here. Indeed, in making a film about the class war Wheatley has produced an arch classist product which will further drive a dividing wedge between the upper, middle and working classes.

The story is allegorical and essentially finds various classes of people – high, middle and working classes inhabiting a tower block in what appears to be set in – because of the mutton chops, fringes and flares – the 1970s. The higher class are rich and obnoxious and piss off the lower floors to such a degree that it leads to chaotic sex orgies, cannibalism and torture. Now, I haven’t read Ballard’s High Rise but you feel it is essential to have done so in order to follow the carvery style portions fed to us by the filmmakers as meat and veg and blood and death are thrown on the plate with lashings of violent gravy combining and congealing to make an unsatisfactory whole. Because for me the ultra-violent reactions of the characters seemed over-the-top given what had gone before.  Okay, the lower floors had power problems and their kids were banned from the swimming pool but if I’m going to kill someone or eat a dog I want a bit more provocation.

Personally I felt Wheatley was not really in control of the source material, however, I think that’s the point. It’s a surrealist, chaotic non-narrative nightmare which leaps from one violent and sexual scene to another rendering the senses numb and number as we move toward the anarchy reigning supreme. I saw that Wheatley and his writing partner edited the film themselves and I can only think there was some subconscious desire to freewheel the narrative with a Godardian sensibility, which while admirable, means the film exists in a symbolic vacuum and appears to have had whole chunks edited out either as a creative choice or a desire to limit the chaos to a more manageable two hours. Moreover, aside from a speech by Thatcher at the end, the political context of the 1970s and 1980s is stymied; something I think would’ve made the themes more understandable to a philistine such as myself.

While the film stumbles from a narrative and thematic perspective, the visuals and music are terrific. Wheatley has created a kaleidoscopic feast of colour, sound and images which is why the trailer looked so breath-taking.  The cast too are fantastic and the likes of Tom Hiddleston, Sienna Miller, Luke Evans, Keeley Hawes, Jeremy Iron, Elisabeth Moss, Peter Ferdinando, and James Purefoy give the director tremendous energy; plus there are memorable performances from comedic actors Reece Shearsmith and Dan Renton Skinner. High Rise also contains another incredible score from Clint Mansell which, along with the handsome Hiddleston, glue the mania together somehow.

Even though I’ve had issues with some of Ben Wheatley’s past narratives he is a fine director. His debut feature Down Terrace (2009) is a low-budget treasure and Kill List (2011) was a grim horror until the unsatisfactorily symbolic ending. His next film Sightseers (2012) was a brilliant dark comedy and A Field in England (2013) was frankly an artsy, hallucinatory mess.  Overall, though I loved the fact that this unassuming working class guy from Billericay has managed to hoodwink the middle-class filmmaking community (including the BFI and Film Four) into giving him money to waste it on this brave cinematic folly.  While many may see High Rise as a brutally funny and dark dystopian satire I prefer my stories to have a bit more heart, empathy and make a bit more sense to be honest. Nonetheless, Wheatley remains an important British filmmaker whose work certainly has a lot of class.