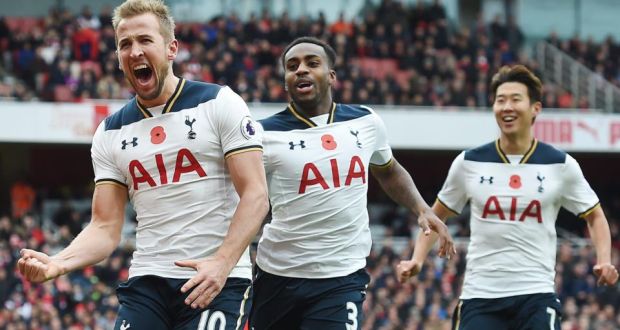 The world is full of confusion, heartache and misery but also joy, wonder and invention. I think it is important to remind ourselves of the things we love so as not to get too down. Existentially, life is tricky and I personally always question the reasons I am here and wonder what the point in everything is?  But sometimes it pays not to think too much. Just take some time for reflection and enjoy the moment.

With this in mind, in 2016, I took a break from my usual reviews and took a serious and irreverent look at ten things about life I love. Indeed, the link to my prior list can be found here and looking back it’s an indulgent but pleasing list, so I decided to do it again.

Perhaps an afternoon nap is historically the preference of a retired person but I love them. Whether it’s a quick half-hour on a day off or a couple of hours sleeping off a hangover they can really re-charge the batteries. My current favourite is to have a nap with Sky Sports Soccer Saturday on in the background and drift in and out of consciousness with Jeff Stelling rattling off scores and stats with joyous abandon on the TV.

When I say nothing I don’t mean a complete void or emptiness like say the famous existential philosophers would have us believe life is. No, I mean I love it when I have nothing to do. I am free to choose what I want to do with my time. I have completed all family, work and household commitments and have freedom in the relative sense of the word. My brain is full of nothing and life is just allowing me to simply be.

I love to run. I’m not an Olympic athlete, far from it in fact. But when I am jogging around the London streets or on Wimbledon, Clapham or Wandsworth Commons respectively I feel very relaxed. I also listen to music or the radio and just shut the world out. Despite the physical strain I definitely feel a natural chemical high and the satisfaction of combining mental and bodily exertion really frees the mind. A few years ago I even managed to run up to ten miles in one go but now I stick to 3-5 mile distances as it keeps me pretty fit and creates a clear mental state.

SITTING IN A CAR EATING CRISPS

I love eating crisps. I know they are unhealthy for me but there’s something amazing about processed thinly cut potatoes fried in oil and covered in salt and flavourings. And for some reason my favourite place to eat them is sitting in my car while it’s not moving. If I’m not in a rush I will open the packet and eat the crisps while listening to the radio. I especially like the false “bonus” ones which collect on the front of your sweatshirt or hoodie after you’ve scoffed the packet.

For the last eight years I have been writing and performing, to various levels, stand-up comedy. When I started I was really, really terrible at it. Today I’ve reached a level of steady mediocrity but remain confident in handling any kind of crowd from small open mic nights to professional venues. It is a fantastic craft to attempt to master and you’re always one gig away from success or disaster. As a massive fan of stand-up in general — comedians such as Stewart Lee, Richard Pryor, Steve Martin, Steven Wright, Bill Hicks, Paul Foot and many more I consider to be proper artists — I am happy I had a good go and even got paid a few times in my “career”. I’ve met some fantastic characters and great friends performing and while I will never reach the top billing it’s something I will not regret doing. I have performed on some wonderful nights and had some horrifically bad gigs too but paradoxically those gigs are the ones you remember the best. I have also been up and down the country performing too so comedy has given me some fine geographical endeavours too. Of course, the characters, nutter and eccentrics you meet are the ones that stand out more than anything else. I will never be successful in a financial sense and be enabled to give up the day job but I have so many good, bad and ugly memories it’s made the journey totally worthwhile.

Too much butter on toast, bread, crumpets and anything really is heaven to me; especially if it is Lurpak. Lurpak butter is the tastiest butter ever and I could eat it all day. Obviously if I did that I probably wouldn’t last too many days as I would have so much fat in my arteries my heart would explode. Nonetheless, the creamy taste of butter melting over hot toast is a small but delightful taste sensation.

I have written a number of times about my support for THFC or Spurs as they are colloquially known. Indeed here are some of my fondest memories. I’ve had many ups and downs with the team having supported them since I was around ten years old and over the last few years I have been attending more and more games. Loving Spurs is a true passion and they have been at times very, very good and at others not so. But the highs and lows of supporting a football team are part of the fun and victory and defeat should be dealt with accordingly. It’s an irrational passion because if the team wins or loses it actually makes no material difference to my life, however, I love belonging to the club and I guess it’s a tribal and prideful thing. Thankfully, Spurs are pretty decent at the moment and while our European record is poor recently, on the domestic front we have an exciting young team and brilliant manager. Come on you SPURS!

While I live near Clapham Common, which is fantastic, Wimbledon Common holds a special place in my mind.  It’s more natural than many of the other green spaces in London and just huge as it expands from Wimbledon to Putney, along the A3 and almost to Kingston. It is an incredible area of natural beauty which is inhabited my people of all ages and their dogs too. I have run and walked many a mile on Wimbledon Common and best of all – IT IS FREE!  The car park has loads of spaces and there is nowhere better in the summer to go if you just want to get away from the hubbub of the city and not actually go too far. The Windmill Café serves ice cream, coffees and cakes so provides a fine place for a pit-stop too if you need a break.

Many people consider the mountains of Switzerland or the falls of Niagara or the plains of the Serengeti as beautiful vistas to enjoy. I myself am a city person and thus very much love the look of the Thames at night. The buildings, bridges, office blocks, the London Eye and the lights shimmering off the dark water create a wonderful view from Waterloo Bridge. I’ve walked over it many times and it never gets boring.

Obvious to say it but I love writing stuff; whether it’s film scripts, stories, jokes, reviews, blogs, songs and just general ephemera. I love the process of telling a story or working out what makes a story work or not work. I think creating something is a fine challenge and immersing oneself in a fictional world is a brilliant diversion to everyday life. More than anything the sense of accomplishment in completing or continuing a specific writing project is highly pleasing. Finishing a feature film screenplay is probably the hardest and most thrilling accomplishment. To be honest I’m not even bothered if people even read my stuff but it’s great to get positive feedback on the short films I have made and the jokes I have told. You can find much of my work here on this blog and my film website:  Thanks for reading.