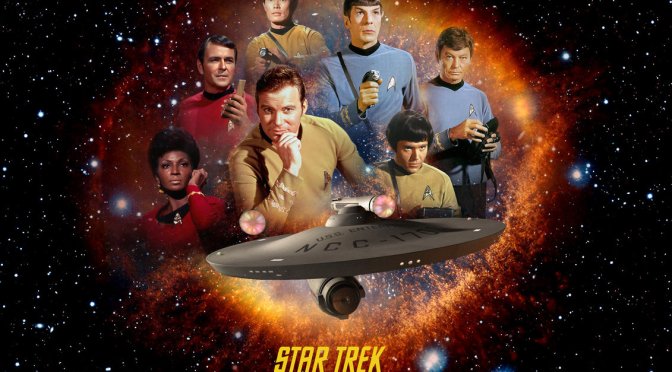 Having written extensively about my love of Star Trek (The Original Series) in this article HERE – I have over the last few months completed the viewing of the second season.

My mission was to boldly watch every Star Trek episode ever made and report back with the findings. The second season, as a whole, compares favourably to the first in terms of writing and performance and concepts. One could say that season 2 drops slightly in quality toward the end. This could be explained by the uber-producer Gene L. Coon leaving as the day-to-day showrunner, plus Gene Roddenberry was less hands-on  too. Nonetheless, while the ratings continued to dip, the consistency of dramatic, comedic and science fiction or fantasy on show was in my view of an excellent quality. One notes that certain repetitions of format had obviously come to the fore in the format. I mean we still get Spock, Kirk, Bones and the rest of the crew fighting a slew of alien life forms or mad computers, yet such genre familiarity is also part of the major appeal.

With the budget (still sizable for its day) of each episode being lowered and NBC moving the second season to a later time slot on an unfavourable day the ratings suffered somewhat. So much so the show came perilously close to being cancelled. However, a core of Star Trek and science fiction fans protested physically and in writing to the studio and eventually they relented and gave the crew of the Starship Enterprise a third, and alas, final frontier season.

With regards to Season 2, there were some excellent episodes and I noted a move toward more comedic tones. Here are SIX episodes which captured my imagination in terms of narrative, drama and humour.

This classic episode is the only one of the Original Series to feature scenes on the planet Vulcan. It also is the first time the Vulcan hand salute is shown. It further marks the first appearance of the phrase which accompanies the Vulcan hand salute, “Live long and prosper.” The story finds Spock with a form of Vulcan heat and it demands he finds a mate to marry. Cue some wonderful acting from Leonard Nimoy and classic hand-to-hand combat between Spock and Kirk. The exploration of Vulcan culture adds a depth to Spock’s characterisation and this adds texture to an already fascinating character.

The episode involves a transporter malfunction that swaps Captain Kirk and his companions with their evil counterparts in a parallel universe. It’s a wonderfully nifty sci-fi concept and has the cast stretching their acting chops playing nefarious versions of themselves with gleeful abandon. Moreover, the Trek theme of duality of psyche and split personalities is explored in a very entertaining fashion. When I first saw this it reminded me of the Red Dwarf episode ‘Parallel Universe’; but of course sci-fi is full of doubles, parallel and mirrored narratives within the genre.

This very cinematic episode is an absolute storming drama with echoes of Moby Dick and Jaws (1975) in space, as the crew of the Enterprise are caught within the path of a gigantic monstrous machine dubbed ‘the Planet Killer’!  All throughout the stakes are incredibly high because if they do not stop it whole galaxies could be destroyed.  The episode is intense and nail-biting with  Shatner absolutely nailing his performance, while guest actor William Windom brings an impressive mania to his role as Commodore Decker.

This is a wonderful episode for a number of reasons.  Firstly, the photography by Jerry Finnerman was absolutely beautifully lit with warm hues, ambience and glow. The lighting compliments the gentle nature of the story which finds the Starfleet trinity of Kirk, Spock and McCoy pulled down to a planet by a mysterious alien force called “The Companion.” There they find a missing Starfleet scientist Zefram Cochrane (Glenn Corbett) and discover he has not aged at all; but the price is he cannot escape “The Companion”. The drama plays out gently and is assured in its thematic exploration of loneliness, romance and the curative powers of love.

This multi-layered episode finds us meeting Spock’s parents for the first time as the Enterprise ferries an array of Ambassadors within the United Federations to the Babel conference. Throw into the mix Spock’s dispute with his father and a murderer on board attempting to derail an important mining contract between the planets, and you get a mature work of political science fiction writing. The screenplay from Star Trek stalwart DC Fontana is full of great dialogue and a suspenseful murder mystery. Having already appeared in Season 1, as a Romulan Starship Captain, Mark Lenard as Spock’s father Ambassador Sarek is the stand-out guest star.

THE TROUBLE WITH TRIBBLES – Episode 15

Aside from a wonderfully alliterative and fun title, The Trouble with Tribbles is often cited as one of the most entertaining and humorous Star Trek episodes ever. The episode was nominated for Best Dramatic Presentation at the 1968 Hugo Awards, with the award instead going to The City on the Edge of Forever. Tribbles are of course, hamster-like-rodents which mate like rabbits and through sheer mass cause havoc on the Enterprise. Shatner is on top comedic form as Captain Kirk, dealing with the furry pests and a raft of Klingons sharing an uneasy truce; that is until a right-royal bar-fight breaks out in this laugh-out-loud fifteenth entry of the season.