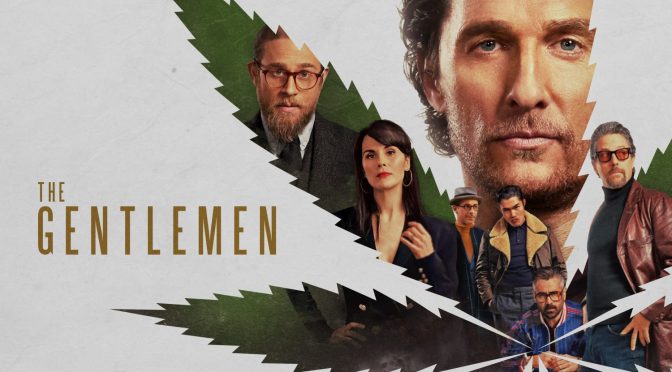 Written and directed by: Guy Ritchie

Having dipped a big foot in the Hollywood studio pool with franchise hits like Sherlock Holmes and most recently Disney’s live action version of Aladdin (2019), Guy Ritchie is back to the crime genre where he made his mark. His reboot of The Man From Uncle (2015) was very under-rated, and while his King Arthur: Legend of the Sword (2017) didn’t quite work as a swords and geezer epic, Ritchie remains an excellent genre director and almost always produces very entertaining movies.

With Lock, Stock and Two Smoking Barrels (1998), Snatch (2000) and Rock N Rolla (2008), Ritchie excelled at carving himself a name in fast-paced-twisting-crime stories. They are full of hard nuts, femme fatales, dodgy geezers, businessmen, travellers, assassins, gamblers, plus working- and upper-class types all trying to outwit and out do each other in a variety of dodgy dealings. The films also feature fine ensemble casts, crunching violence, colourful language and cracking soundtracks. All of this combines to create fine entertainment all round. It may lack subtlety, suspense and emotion, but crime has never been so much fun.

The Gentlemen (2020) continues Guy Ritchie’s decent form in the gangster comedy genre. Matthew McConaughey is the “Kingpin”, Mickey Pearson, whose underground marijuana empire is about to come under threat from various rival gangs. The plot is essentially a story of a capitalistic hostile takeover with added bullets, punch-ups, YouTube viral videos, boxers, junkies and copious use of the C-word.

Ritchie may not be everyone’s cup of tea, but he certainly knows how to put together a movie. Using lashings of music to compliment the freeze frames, voice-overs, whip-pans, flashbacks, flash-forwards, close-ups, canted frames, slow motion and anything else that smashes the story along is fine by me. Plus, don’t forget the over-the-top, but ever quotable zinging dialogue and the unreliable narrator that is Hugh Grant’s weasly tabloid newspaper investigator. Grant is the standout performer here along with Colin Farrell and Charlie Hunnam’s cool but deadly fixer and second-in-command. Able support also comes from Jeremy Strong, Michelle Dockery, Eddie Marsan and Henry Golding.

Overall, The Gentlemen (2020) is not a particularly subtle film. In fact, many may find the language rather offensive in this age of the woke generation. Don’t get me wrong I’m all for political correctness and equality, but sometimes it’s just great to have a laugh and Ritchie provides this in many hilarious scenes of action and dialogue. There’s an element of substance provided in regard to the destruction drugs can cause and very mild analysis of England’s class system. However, such themes only skim the surface in what is a wonderfully irreverent, over-the-top, violent, offensive and entertaining crime comedy.