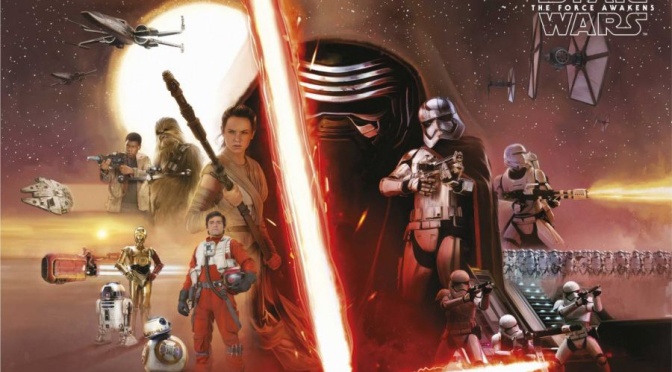 This will be my final Screenwash in this format. From next year I won’t review EVERYTHING I have seen but do a more qualitative review of something I really loved or hated with a little round-up of other stuff. I think it’s good to mix up the format in order to keep it fresh for 2016. Anyway, along with battling flu I managed to watch quite a lot of stuff in December at the cinema and via the usual channels. Marks as usual are out of eleven!

This show is disgusting but I love it.  A true must for horror show addicts with all manner of death and mayhem in two seasons of sick, perverse and grim nastiness. Both Murder House and Asylum are the stuff nightmares are made of. Highly recommended. (Mark: 9 out of 11)

Thor stars in a Michael Mann cyber-thriller which was panned by critics but isn’t actually that bad. Hacker-action dramas never quite come off on the big screen but Chris Hemsworth and some okay twists make this worth watching I guess. (Mark: 6 out of 11)

Todd Haynes beautifully shot and designed period love story has a standout performance from Cate Blanchett and great support from Rooney Mara. The majestic score and perfect direction make this filmmaking of the highest quality and Oscars beckon come award season. The story could have been slightly more dramatic in places but Haynes goes for mood and subtlety rather than soapy melodrama and is to be commended for such a stylish work of film art. (Mark: 8.5 out of 11)

They don’t make them like this epic love story anymore. Beautiful Julie Christie and dashing Omar Sharif are red-star crossed lovers caught amidst the bullets and snow of revolutionary and war-torn Russia. This is stunning and epic filmmaking from David Lean with a haunting score and incredible cinematography. (Mark: 8.5 out of 11)

I like a good con film and this one starring attractive couple Will Smith and Margot Robbie is a fast-paced and fun double-twister with ups and downs and turns and burns throughout. (Mark: 7 out of 11)

This is a tremendously odd yet moving character study of Frank, the leader of an experimental rock band who happens to wear a papier-mache head to mask him from the world. Domnhall Gleeson excels as the keyboardist coerced into the mayhem as he attempts to apply order to a chaotic creative process. Yet, Michael Fassbender is phenomenal as the tragic and titular lead. (Mark: 8.5 out of 11)

Excellent naturalistic drama centred on the final day in the life of Oscar Grant who was shot by police at Fruitvale Station when out on New Year’s Eve. It’s a touching film about an ordinary guy in the wrong place at the wrong time with fine direction and performances. (Mark: 8 out of 11)

Joel Edgerton’s creepy film was an excellent exercise in subtle and horrifying low-key thrills as his seemingly meek character unhinges Rachel Hall and Jason Bateman’s middle class world.  This was an excellent slowburner with a wonderful reveal at the end and relied on subtle twists rather than over-the-top action. (Mark: 8 out of 11)

Paul Thomas Anderson’s 1970s stoner detective adaptation of Thomas Pynchon’s novel is stylish and narratively obtuse and doesn’t really add up to much by the end really. However, Anderson is always an interesting director and throws himself at the material with gusto and Joaquin Phoenix’s spirited performance drags you through a pretty pointless exercise in style over content. (Mark: 6.5 out of 11)

Sondheim’s musical gets the Hollywood treatment and it’s big, loud and clever but not really my cup of tea. The meta-references were great as we get: Cinderella, Jack, Red Riding Hood, Rapunzel and Prince Charming all thrown into a heady narrative mix which didn’t quite pay off on the big screen. While the direction is spirited and the musical numbers flawless, it all fell flat as a story for me despite the great cast. (Mark: 6.5 out of 11)

If you like alternative fairytale films then do check out this devilish Christmas film. It’s kind of like Evil Dead 2 meets Bad Santa with a bit of Jaws and Gremlins too. Both funny and scary throughout it’s full of nasty Christmas creatures and is a perfect anathema to those sickly feel-good Christmas stories clogging up the arteries of cinema and TV schedule. (Mark: 8 out of 11)

This is a silly but impressive cop/martial arts 80s pastiche with pumping soundtrack and ultra-violence from Swedish filmmaker David Sandberg.  (Mark: 7 out of 11)

One off Christmas special found Luther “hiding” from the world waiting for contact from Alice. He’s in for a long wait though as it would appear she has been killed in Amsterdam – or has she?!  It was formulaic yet enjoyable cop-genre stuff with Idris Elba owning the screening as he hunts Alice’s killers plus a lunatic serial-murderer.  (Mark: 7 out of 11)

I’m studying Macbeth to help my son with his GCSE’s and Polanski’s version is a very decent stab at the Bard’s gloomy Scottish masterpiece.  Having seen Fassbender and Cotillard excel in an atmospheric version earlier in 2015, this one is equally bloody and venomous as the foolish Scottish laird falls foul of murder and ambition as his plotting backfires spectacularly. (Mark: 7 out of 11)

Rodgers and Hammerstein’s classic nun musical is an opposites-attract-love-story tied up with a formidable musical presentation beautifully performed, choreographed, directed and lit. Julie Andrews is phenomenal in the lead opposite fussy but handsome Christopher Plummer. This is an old favourite with classic songs which definitely stand the test of time. (Mark: 7.5 out of 11)

Bong Joon Ho’s impressive socialist Sci-fi actioner is highly original in concept and delivery as a disparate bunch of renegades – including: Jamie Bell, Chris Evans and John Hurt – attempt to gain control of a never-stopping train. Surprisingly never released in the UK I had to order my Blu Ray from New Zealand and it was worth the wait as the film constantly surprises with a decent mix of intelligent action and brutal violence. (Mark: 8 out of 11)

JJ Abrams Star Wars reboot broke not only the internet but also box office records worldwide. It’s a safe and impressive spectacle with – aside from the young hipster Jedi bad guy – bland leads and the best actor jettisoned early (Oscar Isaac) for an uneasy mix of older characters and young ones. The action was breathtaking though and brilliantly done, however, the story was a retread of A New Hope (with female Luke) plus a series of glaring plot holes. Still, loads of action and great bad guys made this a fun blockbuster. (Mark: 7 out of 11)

Dystopian, near-future Aussie Western boasts hard-bitten performances from Guy Pearce and Robert Pattinson. It’s a simple story about a man hunting for his car and the power remains in the understated nihilistic drama and bleak, dusty landscapes. Not a lot happens but it does so with a quiet, memorable power. (Mark: 8 out of 11)

Liam Neeson smashes up more bad guys in this not-too-bad B-movie thriller. This time the baddies have killed his wife and stitched him up as prime suspect – but will he get out of it!?  What do you think?  Silly, formulaic but watchable stuff!  (Mark: 6 out of 11)

Reliable hard man Jason Statham’s latest B-movie has a very good supporting cast and is passably entertaining but it’s nothing we haven’t seen before. Having said that Las Vegas always makes an interesting cinematic setting and as a character study of a destructive gambler it works okay. (Mark: 6 out of 11)

This is a gloriously over-the-top grindhouse feature with an alcoholic cop who turns into a vicious lycanthrope hell-bent on murdering those who break the law. It’s stupendously silly but very entertaining nonetheless with some funny blood-letting and howling gore. (Mark: 7 out of 11)