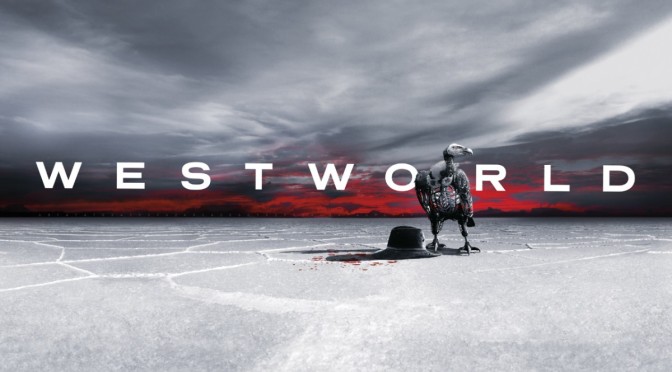 Where does one start when reviewing HBO’s latest season of Westworld?  I could start at the beginning by clearly establishing the world, concepts and themes of this review. I could also begin by building in empathy and sympathy via a structured linear approach which would be easy for the reader to follow and create audience enjoyment and emotion via the action and events. Or, I could take the alternative route  by starting at the end, drip feed events via fractured timelines; develop a maze like structure full of dead ends and unreliable narrators; only to retroactively switch focus and continuity to confuse you beyond belief. Guess what Westworld’s writers did?  They took the latter course and over ten spectacularly beautiful looking episodes — acted, designed and directed with wonderful precision — we ultimately got a legion of stories which did not, for me, make any narrative or emotional sense.

This television show could have been one of the most memorable creations of recent years; up there with Penny Dreadful and Game of Thrones; but alas it is not. With HBO spending a huge amount of money on it you’d have thought that they may have attempted to reign in the writers’ unnecessarily clever-clever approach to structure. Creator Jonathan Nolan has written some wonderful screenplays, Memento (2000) for example, remains one of the best low-budget films ever made; yet, that was within the discipline of a feature length film. Over ten episodes his, and writing partner Lisa Joy’s, choices to create an ever-shifting jigsaw narrative within an Escher painting style, left me with a headache and questioning the very nature of reasoning. I enjoy intelligently structured works, but NOT to the detriment of character empathy and narrative comprehension.

Westworld is a stellar production and has some wonderful ideas and concepts relating to: coding, Artificial Intelligence, robot and human mortality, corporate espionage; android sentience and humanization; plus it challenges values of human versus computerized existence. However, exploration of such themes are very often lost amidst the jumbled and unnecessary complex timelines, which jump back and forward in days and years from scene to scene. It’s a narrative tragedy that the stories of Maeve, Teddy and Bernard, portrayed brilliantly by Thandie Newton, Geoffrey Wright and James Marsden, respectively, are lost at sea in a wave after wave of confusing plot and character turns. Anthony Hopkins was once again excellent as the A: I overlord Robert Ford, while, Evan Rachel Wood brought a deadly coolness and strength to her role of the “death-bringer” Dolores/Wyatt. Furthermore, the violence, action and blood-letting were amazing, reminding one of Sam Peckinpah in the high definition digital age. But for every intriguing story involving the host robots many other strands fell flat, notably Ed Harris’ “Man-in-Black” storyline. While it was good to see the acting brilliance of Harris, and Peter Mullan too, I did not care enough Harris’ character and his refusal to succumb to death became rather grating.

Two years ago I wrote a highly praiseworthy review of Westworld – Season 1, which can be read HERE. Moreover, I even spent a whole week mapping out many of the plot strands and the order with which the show was structured in my article: Westworld: Post-Mapping the Network. That piece was my attempt to gain some sense of the events and order with which they occurred; and can be read HERE.  I will not be doing the same for the second season. Unfortunately, I do not believe there is any cultural reward in applying the same endeavour and analysis. There are really too many characters and storylines and the lack of clear exposition does the show no favours.

Overall, the show continues to amaze with its successful merging of Western and Science Fiction locations, costumes, props and hardware. The introduction of Shogun World was also a delicious diversion; however, that location was really filler to the other stories. It’s such a shame though as much of the visual pageantry is lost in a vacuum of confusing storylines and worst of all, by the finale’s end, I just did not care. There are some great episodes of televisual genius in Season 2 but the original concept, by Michael Crichton, of sentient hosts rising up murdering their human slave-masters, is lost in a myriad of temporal turmoil and chronological catastrophe!