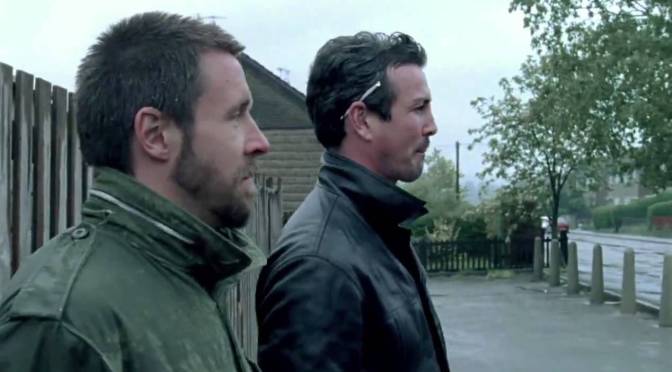 Shane Meadows’ Dead Man’s Shoes (2004) is both a revenge thriller and a metaphor for the lost youth of England. Specifically, the youth of the Midlands discarded and forgotten by society.

Paddy Considine gives an incredible performance full of intensity, guilt, pathos, pain, self-loathing and regret. He portrays, Richard, a returning soldier, out to get back at those that hurt his brother, Anthony (Toby Kebbell). The film asks: can revenge absolve guilt? Alas, there is no easy answer.

The film was shot in three weeks on a shoestring budget. Among many, many brilliant and disturbing scenes is the one where Richard initially meets main gang-leader, Sonny (Gary Stretch). It’s a short but impactful scene full of menace and suspense. Richard makes it plain he is coming for Sonny and his motley crew of low level criminals. Apparently a larger scale confrontation was scripted, but due to budget constraints this scene replaced it; proving that more often than not less is definitely more.