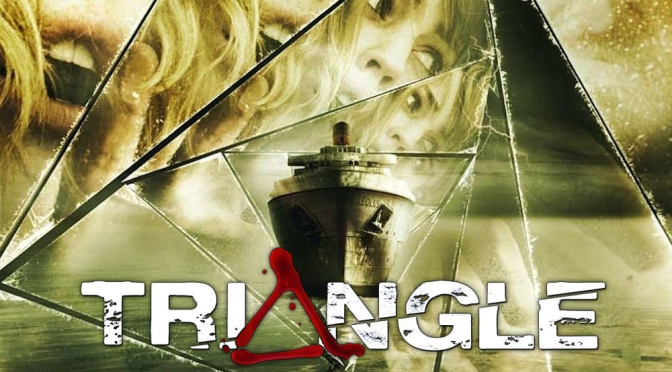 Written and directed by: Christopher Smith

I started this series a while ago and posted a few times on the subject with multiple entries; however, I have now decided to make it a feature, like ‘Classic Movie Scenes’, that concentrates on singular films. My rules are simple. An under-rated classic can be a film I love, plus not be one of the following:

So, here’s a film, called Triangle (2009) which I recently caught again on the Horror Channel and given the critical acclaim many films get, I just cannot work out why this isn’t considered more of a classic.

This is an absolute cracker of a Sisyphean-time-loop-paradox-movie. Melissa George portrays a single mother hoping to escape her stress with a yacht trip with wealthier friends. However, things don’t go according to plan as a massive storm knocks the group way off course.

Without giving anything away this film then went into a loopy and gripping direction with an exceptionally clever criss-cross narrative. The plot is both ingenious and creepy as violent events and startling deaths begin to mount up. Melissa George carries the film incredibly well with a performance which crackles with pathos and fear. Lastly, director/writer Christopher Smith’s work should have heralded more illustrious and bigger budget films based on this incredible existential horror classic.