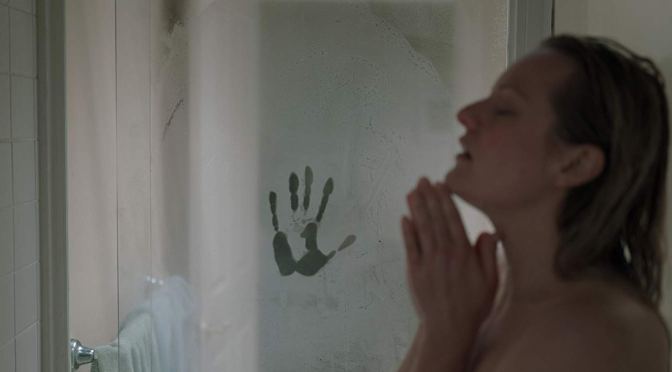 Screenplay by Leigh Whannell – based on H. G. Wells The Invisible Man

A contemporary version of the science fiction classic The Invisible Man has been made. Here are five reasons it could be good.

Whannell has great experience writing and producing low-budget horror films including: Saw (2004) and Insidious (2010). His directorial debut Upgrade (2018) was a fantastic mix of 1980’s, sci-fi and horror movies. I loved it and it proved to be one of my favourite films of 2018.

Elisabeth Moss is one of the best actresses around as she has proved with her brilliant work in television classics Mad Men and The Handmaid’s Tale. Moss is now breaking out in cinematic releases and proved she excels in horror having starred in Jordan Peele’s frightening film Us (2019).

The prolific Blumhouse Productions certainly turn out a lot of product each year. Their modus operandi is to keep film budgets low in order to maximise profits on release. You could be forgiven for thinking Jason Blum greenlights just cheap exploitation films, however, Whiplash (2014) The Gift (2015), Split (2016), Get Out (2017), BlackKklansman (2018) and Us (2019) transcend the low-budget model to provide excellent cinematic experiences.

4. BASED ON A LITERARY CLASSIC

H. G. Wells original novel is an absolute genre masterpiece. It has been made, remade, re-imagined and re-booted in horror, comedy, thriller and romance genres. Arguably the most famous version was filmed in 1933 with incredible practical effects and an exceptional performance from Claude Rains. In this new version the conventional scientist-goes-mad following successful experimentation into invisibility remains, but he now seems to be targeting Elisabeth Moss’s character.

The trailer reveals a slightly conventional female-protagonist-as-victim narrative. But I expect Leigh Whannell will have a number of twists and surprises up his sleeve. Indeed, science fiction and invisibility are ripe for the exploration of themes relating to toxic masculinity and hidden identity. Either that or it will simply be a fun, scary and suspenseful experience in the hands of the reliable Whannell.