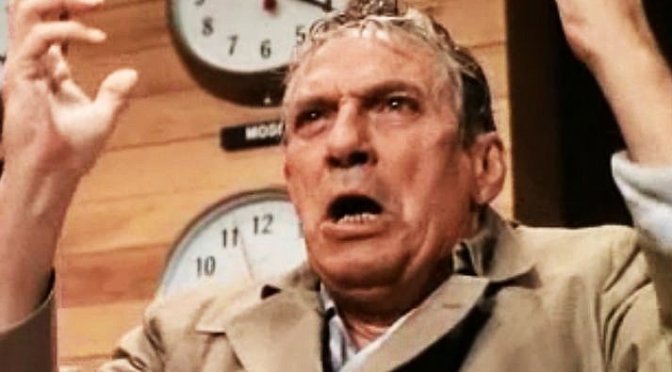 I recently wrote a little personal review on stuff I love about life which can be found here. BUT then I thought ah, why not continue my Ten Things I Hate About. . . series which to date includes reasons why I hate: Zach Snyder’s Man Of Steel, the Cinema, Found Footage films, Politics and Movie Hair!? Therefore, I thought why not write about things in LIFE I hate too!

Here I’m just saying that this is for fun and not a cry for help, as my life is pretty good I have a job, a roof-over-my-head, good family and I have my health. Compared to those in war-torn countries and those hit by horrific tsunamis and hurricanes I CANNOT COMPLAIN!!  Still, there’s no harm in having a little bit of a moan now and then. So, here are ten things that really get on my nerves most days whilst living and breathing on Earth.

Why are people so over-the-top with their reactions online I ask myself? Maybe they are channelling their life disappointments or existential anger by way of dissociative behaviour. Criticizing things is one thing but venturing into petty online spite could be a way of distancing themselves from the pain of life or just a means to attack others in an offensive way. Moreover, sport, politics, novels, schools, pop videos and even cakes give rise to the most ridiculous hate-filled crap online. Even worse is that many people are cowards and use anonymity too. Why can’t we all just get along?

This is a bit of a niche pet-hate! But I once shared a flat with a very decent person but they kept, every day, purchasing GU Pot desserts. They would eat them, clean the glass pots and place them in the cupboard. Soon we were infested with GU Pots!  I thought maybe he was to recycle them at the glass bank but he left the tenancy and I was the one who had to get rid of these damned pesky pots. I’d given up smoking so couldn’t even use them as an ashtray!

#3 – PEOPLE WHO DON’T INDICATE WHEN DRIVING

What is it with this most recent of irritating phenomena!? If it isn’t bad enough pedestrians having to battle regular traffic and hate-filled cyclists failing to stop at red lights while riding on pavements; we now have morons over the age of 18 riding kid’s scooters too. It may get you from A to Z in an environmentally safe fashion but you are dangerous and look like a dick! Just stop it please!

I do this all the time and it is bloody annoying. For example, I am very pedantic and annoy people with this – especially my wife. But when I do it I often utter the above words: “Well, you know what I’m like – it’s what I’m like!” No, it doesn’t work as a catchall defence mechanism so must be rejected. You wouldn’t get jury’s in court finding you innocent of murder because it’s “what I’m like!” Just don’t do it to start off with!

Everyone’s a critic!  Everyone has an opinion or a view and the Internet has caused a mass proliferation and gaping spew of words and views and brain-thoughts in extremis. I am just part of that continued global globule of opinionated ephemera which litters the clouds or servers or wherever the hell it is online. However, I do it for fun and to stop me thinking about death. If you earn a living as a critic then you are Satan! Would I do it for a living, well, yes I would but I’d rather create than dictate. I’d rather be the failed artist trying than the trying failed artist.

Again, it’s a freedom of choice to dress to behave the way you choose, however, the absorption of urban culture by middle-class white kids to me is very grating. I’m not saying don’t appreciate the music, style and fashion styles but dreadlocks, urban-speak and bad rapping should not be tolerated. Most annoying is appropriating other people’s look or behaviour when much has been borne out from a certain social standing. But most of all it’s the terrible rapping. Look at this c**t from M. Night Shymalan’s The Visit (2015)!

Picture the scene: a starving child in Africa passively stares at a camera while a fly irritates their big sad eyes, and they do not know when their next meal is coming from. Meanwhile, in a New York auction house a painting by Cezanne or Gauguin or Picasso is selling for over $200 million dollars! What the f**k is wrong with the world?!  I’m not saying these paintings aren’t great art it’s just that there is NO WAY that amount of money should be paid for a painting when there is starvation, disease, and poverty in the world. It’s just an indictment of the sickness of humanity that we place such value on what effectively amounts to canvas and paint placed in a particular manner by some dead guy. It’s utter madness!!

#9 – PEOPLE WHO DON’T LET YOU GET OFF THE TRAIN FIRST!

Honestly, it’s bad enough being crammed like sardines in a space not fit for cattle going to market. However, when you try and get off a stacked tube and the passengers on the platform block your way then you can seriously lose your cool. There should be a bigger space and line to allow more room to get off. I mean: what’s the hurry though?  We’re just too much in a hurry I guess to have some empathy and feelings for others’. Damned shame!

I mean why are you talking during a movie?  There’s a FILM on!!  People who chat during the film SHOULD BE banned forever! In fact a law should be introduced that there’s NO talking from the trailers onwards.  If you do you are forcibly removed from the screening room.  I go to the cinema to escape reality; YOU or YOUR MATE’S voice-words are reality so SHUT THE HELL UP!  If you want to have a conversation piss-off to a pub or a shop or a busy road and PLAY IN THE TRAFFIC. Anywhere but the cinema!