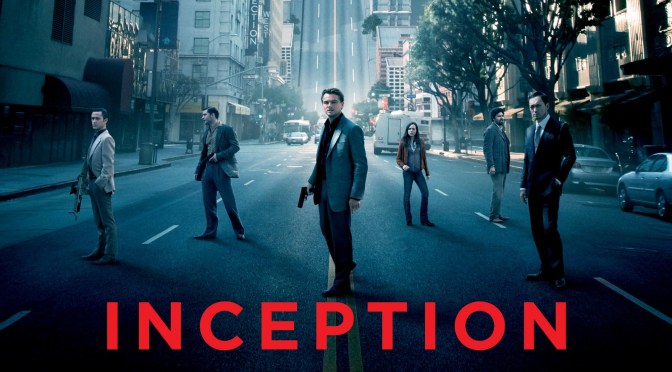 Movie stars are usually the Kings and Queens of a film! They propel the narrative and guarantee bums on seats when a film opens. They also create expectation and word of mouth buzz thus studios have invested heavily over the decades in icons such as:  Al Pacino, Harrison Ford, Clint Eastwood, George Clooney, Julia Roberts, Tom Cruise, Arnold Schwarzenegger, Marilyn Monroe, Meryl Streep, Sylvester Stallone, James Cagney, Mel Gibson to name but a few.

I love movie star driven cinema, however, I’m also a big fan of the ensemble casts seen in genre films such as: comic book epics, crime thrillers, war films and Westerns.  What an ensemble cast offers is a diverse set of characters and actors bouncing off one another to powerful effect. Most recently the mountain disaster film Everest (2015) had fine actors including: Jake Gyllenhaal, Jason Clarke, Michael Kelly, Emily Watson, Josh Brolin, John Hawkes and more.   Thus, just for the hell of it I’ve picked out some of my favourite films which contained not just one big star but lots of fine actors who all combined to make a fantastic movie experience.

Bona fide classic movie adapted from the TV play by Reginald Rose and directed by the legendary filmmaker Sidney Lumet.  The claustrophobic nature of a jury arguing over a murder case is brought to the boil by a superlative Henry Fonda and sterling character actors such as: Jack Klugman, Lee J. Cobb, Martin Balsam and Robert Webber.  It’s a real festival of acting full of sweat, anger, conscience, guilt and doubt.

Joss Whedon’s Marvel behemoth broke all kinds of box office records across the world! It’s a humdinger of a movie with a cracking cast that included: Robert Downey Jnr, Scarlett Johansson, Mark Ruffalo, Jeremy Renner, Samuel L. Jackson, Chris Evans, Chris Hemsworth, Tom Hiddleston and many more!  In fact, I’m surprised the set didn’t collapse under the weight of all the egos in front of camera.

While the careers of Russell Crowe, Guy Pearce and Kevin Spacey have gone up and down in various measures recently this brilliant crime film found them on the rise up the Hollywood ladder. Here they play a trio of very different detectives investigating movie lookalikes, murder and police corruption in Los Angeles. Throw in the likes of Kim Basinger, James Cromwell and Danny Devito and you have a cast to literally die for.

The cast of this classic Seven Samurai remake is remarkable as in, aside from Yul Brynner, they were all pretty much unknown at time of filming. So, kudos to the casting team who recruited such a charismatic troupe including: Steve McQueen, Charles Bronson and James Coburn; who would all become stars in their own right.

Take your pick from Paul Thomas Anderson’s films which ALWAYS have excellent casts. I am in no doubt actors are drawn to the narcissistic and existential angst which inhabits the characters’. Boogie Nights (1997) is one of my favourite films but Magnolia with – Tom Cruise, Philip Baker Hall, Philip Seymour Hoffman, William H. Macy, Alfred Molina, Julianne Moore, John C. Reilly, Jason Robards – just wins out for best cast for me.

Not a large ensemble cast but a brilliant one nonetheless.  In Mike Leigh’s quintessentially British council estate film we get three young British stars in Gary Oldman, Tim Roth and Phil Daniels plus Alfred Molina and Pam Ferris too.  Each character drowns in depression, awash in concrete, unemployment and the stench of piss-stinking lifts and cigarette-stained wallpaper. This is a sad, funny, low-budget 1980s kitchen-sink classic.

Similar to The Magnificent Seven this is a “before they were famous deal” with an incredible cast who would come to known in the 1980s as The Brat Pack. C. Thomas Howell, Rob Lowe, Emilio Estevez, Matt Dillon, Tom Cruise, Patrick Swayze, Ralph Macchio, and Diane Lane all starred in this tragic rites of passage story about teenage gangs and friendship. All the actors when on to have decent careers; but what ever happened to that Tom Cruise guy though?!?

Tarantino, of course, is not only about the cracking dialogue and violence and homages to other movie styles and genre but he also knows how to cast a movie.  He rarely has a big film star at the helm of his films but rather relies on a mixture of known stars in supporting roles, character actors, plus fading or B-movie journeymen. Often, actors are cast on ability and suitability rather than saleability such as Pam Grier and Christophe Waltz. His keen casting eye gave us a wonderful Samuel L. Jackson – up until then limited to mainly supporting roles – and also relaunched John Travolta’s flagging career in the imperious ensemble crime film Pulp Fiction.

Robert Altman is the “King” of the ensemble drama as demonstrated with Nashville (1975), Mash (1970 and The Player (1993). His films often poked into the American underbelly psychoanalysing the mores of the various classes.  His work would have a massive influence on Paul Thomas Anderson and actors clearly considered it a badge of honour to act for him. Short Cuts was adapted from  Raymond Carver’s work and the cast included: Julianne Moore, Fred Ward, Anne Archer, Jennifer Jason Leigh, Robert Downey, Jr., Madeleine Stowe, Chris Penn, Jack Lemmon, Frances McDormand, Andie MacDowell, Lily Tomlin and many more.

This spy thriller contains a “Who’s-Who” of British acting talent. We have Commissioner Gordon, Bane, Sherlock Holmes, King George VI, Doctor Who, Truman Capote and even Trigger from Only Fools and Horses acting in between the shadows of murky British Intelligence espionage.  It’s a tricky watch as the director goes for atmosphere over exposition but the sheer style and quality of the performances ensure espionage has never been so intriguing.