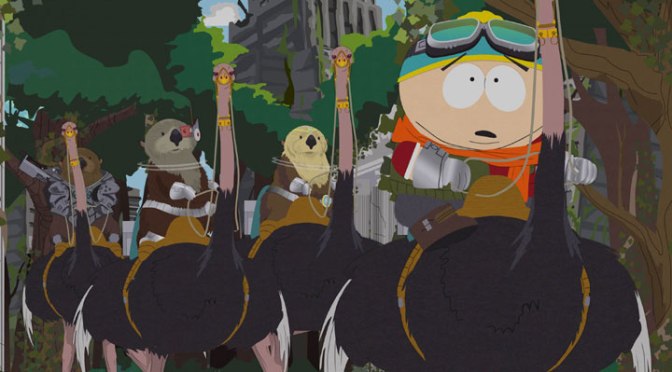 APOCALYPSE WHEN? VISIONS OF FUTURE EARTH

“It’s the end of the World as we know it – and I feel fine!” Michael Stipe

Driven by a romantic fog and a momentary lack of aforethought I bought tickets for a Singlonga Sound of Music (1965) event for my girlfriend’s birthday recently. It’s her favourite musical and I thought: try it – you might enjoy it. Well, I liked the film: an opposites-attract-love-story tied up with a formidable musical presentation beautifully performed, choreographed, directed and lit.

But what I did not enjoy was the preposterous introduction/warm-up compered by a rubbish Drag Queen plus a plethora of drunken morons dressed up as: nuns, Maria, Austrians, brown-paper-and-strings, and a goat!  Actually, I must say, some of the costumes were impressive; but, call me a stick-in-the-mud, I don’t need to fancy-dress up to enjoy something because I have no desire to externalise my personality. I can actually use my brain and a thing called imagination. Still, each to their own I suppose.

Anyway, once the awful horror-show introduction was over the film itself – even the Singalonga aspect – was pretty bearable! The Sound of Music is a good film!  But my underlying memory of the night is of a drunken man dressed as a Nun shouting at the Prince Charles Cinema employee complaining that a member of staff had been rude to his party because they were texting during the film.  His exact words were:

“Your staff are out of order! I want a full apology or we’re going on Social Media to complain.  We’re going on Facebook! THIS WILL GO VIRAL! THEN YOU’LL BE SORRY!!”

And at that moment in time in the Prince Charles Cinema Foyer, as I sipped my Hobgoblin ale from a plastic cup, I recalled idiot global governments bombing hell out of Syria while viewing this over-lubricated Man-Nun yelling; and I just thought we’re doomed as a species aren’t we?! Perhaps not today or tomorrow but, irrespective of all the great things humans have achieved, Judgement Day is inevitable.

What kind of future do you want, Paul, I asked myself?  Why not have a look at some visions of the Apocalypse as seen on the film and television screens. I mean you have to hand it to humanity; it’s able to distract itself from the possible end of the world by creating stories and entertainment ABOUT the end of the world!   Here’s some of the best I could think of.

Poor old Charlton Heston never had much luck with the future as his characters often ended up as dystopic visions of hell. Such films included: Soylent Green (1973), Omega Man (1971) and the classic Planet of the Apes where simian humanoids are running the place enslaving the savage natives.

In between the road-raging original and this brilliant sequel there was some kind of global nuclear meltdown hitherto bringing about a dusty wasteland where fuel is God and humans will kill to get their hands on it!  Mmmm. . . doesn’t sound like now at all does it?

Bloody Internet, sorry Skynet!  We create these wonderful computers to help us with everyday life including our Missile Defence Systems and they turn on us!  Only one man – who hasn’t been born yet – can save us from a life of death and slavery at the hands of the machines. What do you mean: it’s better than your current life?!

Damned Artificial Intelligence enslaving humanity and feasting on our fluids and organs for energy in some sick, twisted vision of a futuristic Harvest festival. Then again, compared to some of the shitty office jobs I’ve had I think I’d choose the Matrix over those; just don’t tell me I’m in the Matrix so I can use films and TV to distract me from my physical torment!

Pissed off that he cannot get the latest Nintendo Wii, impatient Eric Cartman accidentally freezes himself and ends up in a no-religion 2546 future where talking Sea Otters and humans battle it out in a wickedly-funny-Richard-Dawkins-bashing-Buck-Rogers-parodying-classic-two-parter.

In this future we will basically live in the water, grow gills and dirt will be our most priceless commodity. Well, that’s what will occur according to this apocalyptic-polar-ice-caps-melting-earth-swimming-pool-with-pirates movie. At the time it was one of the most expensive film flops in history but actually wasn’t bad with Kevin Costner playing a soaked version of Mad Max.

Seeing someone close to you die in front of your eyes as a child is not a future you really need is it?  Following the opening of this brilliant film prisoners are sent back in time to find the cause of the deadly viral apocalypse. The awesome mind of Terry Gilliam filtering Chris Marker’s classic short La Jetée makes this an intelligent and exciting end-of-the-world blockbuster.

Of course, up and down and across the years the Doctor and his companion(s) have witnessed the end of Earth and time itself on many occasions. In this episode though Rose, in her first adventure with Christopher Eccelston’s Doctor, sees the apocalypse via a satellite station called Platform One. The Sun has expanded yet the destruction of Earth has never looked so stunning, sad or beautiful.

3 thoughts on “APOCALYPSE WHEN? VISIONS OF FUTURE EARTH”