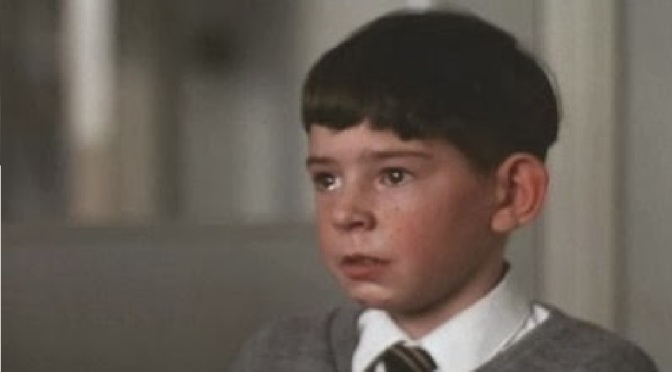 I hated school.  I hated the pupils. I hated the teachers. I hated the system.  I loved learning and the academic side of things (excluding mathematics) but ultimately I despised the raging injustice of being trapped with a bunch of spotty, aggressive, pubescent, bullying and thuggish individuals who were just morons or led astray by morons. And the kids were really bad too.

Kes is one of the finest British films ever. It concerns the everyday existence of Billy Casper (David Bradley) and his attempts to survive the harsh realities of working class life in Barnsley, Yorkshire. Far from an academic creature he struggles at school but finds a certain soulful salvation when he adopts and trains a young kestrel.

Kes represents a microcosm of working class life where the kids basically have little chance or career choices in Barnsley and are either damned or sent down the pit. Thus, when Casper trains the kestrel he finds a sense of escape and tranquillity from his oppressive home and school life. When the kestrel is murdered by his brother at the end, it’s symbolic of a life where the capitalist system crushes the hopes and dreams of the working class.

There are many classic scenes throughout the film as we get much Northern and working class humour displayed amidst the desperate bleakness. One such scene is the seminal football match where the comic talents of Brian Glover are on show. His egomaniacal and brutish teacher bullies Casper and the other kids. However, I think my preferred favourite scene sums up the injustice of school perfectly.

Mr Gryce (Bob Bowes) gives a great speech to the feckless kids up on report for smoking. But there’s another smaller kid there to give the Headmaster a message. Before seeing the Headmaster the older kids hide their cigarettes on the smaller one. Guess who gets in trouble for having cigarettes??  I love the natural acting on show and the combination of humour and pathos. The director Ken Loach skilfully makes us laugh and cry in a fantastic scene from a brilliant cinema classic. Hope you enjoy it.