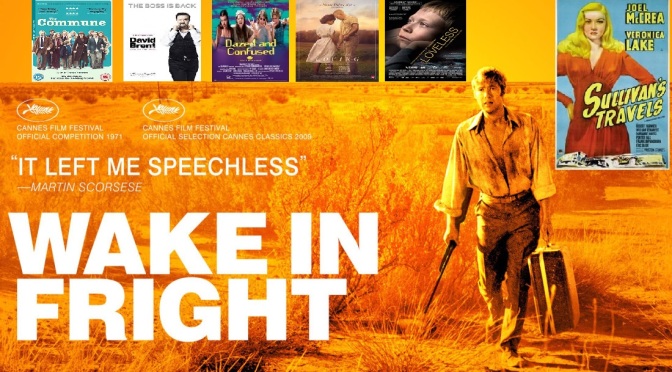 Aside from my longer, pretentious and pontificating reviews I also like to chuck in a few quick-fire posts for films I’ve watched on cable, satellite TV, catch-up, DVD and cinema over the past few months. Think of them as movie reviews for the attention deficient or for the lazy bastards like me, who from time to time, skim-read before catching the mark at the bottom. As usual I accompany the reviews with marks out of eleven.

Brilliant ensemble cast propel this sub-Star-Trek-story that’s been crow-barred into the Cloverfield franchise. (Mark: 5.5 out of 11)

Thomas Vinterberg directs this appealing slice of ‘70s Swedish life as a group of adults attempt to find “perfect” living within a commune situation. (Mark: 8 out of 11)

Overblown, overdone and overlong gothic horror finds Dane DeHaan struggling against evil doctors and an even more unbalanced screenplay. (Mark: 6 out of 11)

Ricky Gervais is on funny form as the deluded David Brent, as the Office ‘star’ goes on the road trying to gain fame as a pop star. (Mark: 7.5 out of 11)

Horrifically poor and uneven Mad-Max-Texas-Chainsaw rip off which while very stylish is completely unwatchable with unlikeable characters. (Mark: 3 out of 11)

This touching WW2 set love story, shot on crisp black and white and deftly directed by Francois Ozon, breaks and mends one’s heart in equal measures. (Mark: 8 out of 11)

Ethan Hawke excels in an offbeat, violent revenge Western which fails dramatically because of the irritating villain and over-familiar plot. (Mark: 6 out of 11)

Guy Ritchie’s take on the Camelot legend suffers a total personality breakdown; neither committing fully to Charlie Hunnam’s geezer-King-Arthur (good) or the swords and sorcery subplots (bad!). (Mark: 6.5 out of 11)

Ruth Negga and Joel Edgerton are never less than brilliant in their performances as a mixed race couple battling the racist law which strives to keep them apart. (Mark: 8.5 out of 11)

Raising bleakness to the level of poetry, this tragic Russian ‘missing child’ thriller is expertly constructed, but features two of the most selfish characters I’ve ever experienced in a movie. (Mark: 8 out of 11)

Steven Spielberg’s worthy freedom-of-speech drama is wonderfully shot and acted but felt too subtle and dramatically under-cooked for such an important moment in American history. (Mark: 7 out of 11)