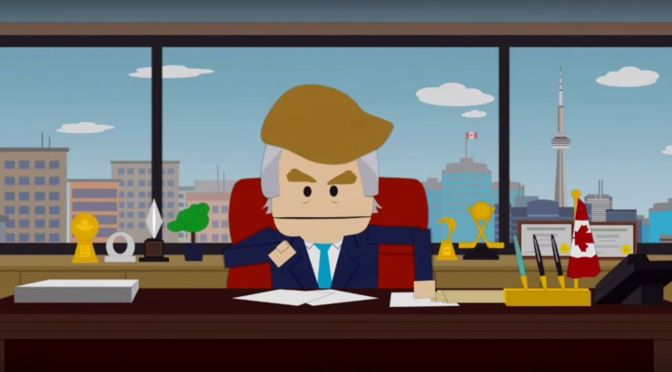 TEN THINGS I HATE ABOUT YOU #5 – POLITICS

With a General Election coming up I thought I’d diversify my post and continue my Ten Things I Hate About You series which to date includes reasons why I hate: Zach Snyder, the Cinema, Found Footage films and Movie Hair!? So I thought why not write a slightly more serious one about politics.

I don’t propose to be an expert on these things so most of these thoughts are emotional and scattered blasts at the system. It’s just a rant more than anything so please don’t take it too seriously. What with another General Election coming up I feel saturated with all things political and the massive changes to come with the cluster-fuck of BREXIT!  So this is just me letting off steam.

In the U.K. we have two main political parties – Labour and the Conservatives – who fight and bitch each other and switch places every four years or so and end up undoing the work the previous party had done. I realise it is a bloody tough thing to run a country but just wonder whether this the best system we have?

I mean why can’t we join together and work as a collective rather than in constant conflict. Can we not put aside our differences to work toward a common goal? The current system pits us AGAINST each other – left versus right and up versus down and black versus white and green versus blue! Divide and rule seems to be the favoured system to maintain the status quo! Could this change or am I just dreaming!?

This isn’t a simple criticism – this is almost a necessity for survival. Imagine if you had to run the country you have to lie because if you told the truth then you’d probably create wholesale panic across the country. Politics seems to thrive on fear but not hysteria thus lies and manipulations are fed via the politicians and the media to arguably control the populace. What does drive me nuts though is the hypocrisy that ordinary people must live their lives to a certain standard while those in power lie and cheat and get away with it.

I mean, how many crimes and lies have been committed by politicians and either covered up or, aside from the odd scapegoat, avoided legal incarceration. How many campaign lies have been told in order to gain power? Perhaps they aren’t lies in the first place but naïve beliefs they can change things for the better? Maybe politicians are just all honest and never fiddle their taxes or expenses? Oh, hang on a fleet of pigs just flew by my desk as I type this?

Politics as a necessary evil!

The biggest anxiety I have quite often is that we may have to accept that this is the best system we have!  I mean my life is very good. I have food, a roof over my head and my family are doing okay so I have little to complain about. However, political decisions the world over are doing severe damage to the environment, the poor and the society as a whole. However, there are many good things certain governments achieve such as in the UK. Over time we have achieved a general standard of living which, for the majority is good. Plus, while crime and corruption occur regularly we’re not in the Wild West or back in the Dark Ages. So, the scariest thing could be that politics and democracy do work to some extent. Even with the food banks, austerity, overseas conflicts and Brexit on the horizon maybe this is as good as it gets! Gulp!

The system we have seems to favour big business over the working person.  But it’s always been like that I guess. This thing called capitalism is a survival-of-the-fittest-driven-by-greed ideology. Politics is fed by the banks and corporations and vice versa the banks and corporations feed the politicians at one massive trough! Moreover, politics itself is a big industry. Labour and Conservative Parties employ many people and elections create many employment opportunities. But they also receive hefty donations from corporations and Trade Unions. So, is it really an impartial and democratic system? Besides, even the most basic history books will show our society is grounded within a feudal system where peasants tend the land and keep of the Lords and Ladies in the high castles. Thus, politics essentially is global gangsterism and run by the big bosses.

Well, where do you start!?  Okay, so mostly I think there are many politicians who try to do good but many do not go into it to represent the people. They go into it to represent their own best interests. Because, I believe, the edict that power corrupts and absolute power corrupts absolutely to be true!  Hitler is probably the most horrific example of this. So, while I am far from being a fan of politicians I also feel that the system itself is flawed. Of course the democratic system we have has been in place for centuries and even when you change it as the Russians did circa 1919 the idealism and hope the change ultimately gave way to Stalin’s dictatorial regime. So, perhaps it is humanity which is flawed and not simply politics; power is an addiction and as such must be handled very carefully.

Whether they set out to be or became that way the likes of: Thatcher, Hitler, Stalin, Bush, Blair, Franco, Mao Zedong, Mugabe, Saddam Hussain, Mussolini, Gaddafi etc. have in their own way made decisions that have caused the death of many, many lives and communities over the years. How they have been able to live with themselves is beyond me as I feel bad if I accidentally step on a bug. My theory is that some politicians and leaders must have the psychopathic tendencies of serial killers, because how they sleep at night is beyond me.

How many wars does politics cause?  Well, along with religion, loads of them!  Be it fighting the rise of fascism; attempting to defeat communism; conflict over territory and resources; and the current war against terror are just a fraction of the kind of conflicts we have had in the last century or so. The worst excuse we’ve had lately is when the powers-that-be argue that the war is necessary for humanitarian reasons. We’re constantly fed a diet of misinformation by the puppet-masters and even rallying against it gets ignored; as seen when Blair’s Labour government disregarded over one million protestors to take us into another war in Iraq. What a liberty! Oh, no – it wasn’t liberty but more death and destruction!

Oh my God what with Brexit and now the General Election hovering like a giant eagle about to lay a big brown rotten egg over the nation I’ve kind of already had my fill of politicians asking for my vote. Elections are just a big pantomime of lies and big clowns telling us how they’re going to make things better when really we know running a country is all about damage limitation.  I guess we have to have the illusion of democracy as the alternative is anarchy and a possible ‘Mad Max’ future where everyone is fighting over oil and gasoline. Hold on that’s just like now!! Aaarrggghhh!! I just want the election to be over!

What really annoys me is when Politicians get defeated at elections or retire and then go on to become celebrities or reality TV stars!!  Because a plethora of insipid excuses for human beings have used their once political power to carve out careers on the television e.g. Ed Balls, Anne Widdicombe, Michael Portillo to name a few have now humanized themselves as reality stars or travelogue celebrities and it sickens me.  It actually worked the other way round with Donald Trump, the billionaire reality TV show businessman has, god help us, somehow become United States President. Stop the world I want to get off!

South Park has it right all along – all we have when we vote is a choice between a Douche and Turd – so why vote?  Because I am stupid and human I am still optimistic on occasions and maybe I can actually make a difference?! So I will vote as people lost their lives for the vote and democratic change! But who will it be this year: the Giant Douche or the Turd Sandwich? What a choice?!  I guess overall we’re lucky we still have a choice.