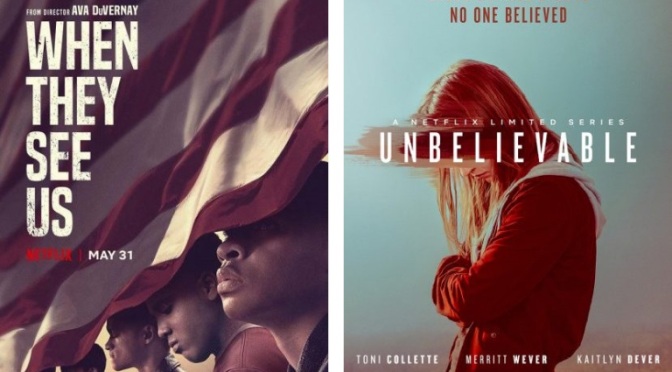 Bit late with this one, but following on from my twelve favourite films of 2019, here are the twelve favourite television shows I watched. I must admit I am still way behind on many AMAZON shows and don’t have APPLE TV+ or DISNEY +, so there’s probably loads of good TV stuff I have missed. For comparison I include last year’s favourites here:

Now, this was TOUGH! Television productions just got better and better! I cannot believe I had to leave the following off the list. Yet, here are the honourable mentions: Afterlife (Season 1), Billions (Season 4), Black Mirror (Season 5), Euphoria (2019), Ghosts (2019), The Handmaid’s Tale (Season 3), Line of Duty (Season 5), The Loudest Voice (2019), My Brilliant Friend (2018), Ozark (Season 2), Stranger Things (Season 3); and the baffling genius of Watchmen (2019). But I decided to limit myself to twelve favourite shows and here they are:

“… an incredible TV drama. This tragic event teaches us to never take anything for granted. We have built our own gallows.”

“… confused in a good way and totally immersed in the Tenebrae. You will be lost — searching for the light — yet you will be astounded too .”

“… These are not likeable characters, but the Showtime production delivers as compelling a character drama as you’re likely to see all year.”

“… Waller-Bridge takes familiar themes and situations and spins comedic and dramatic gold from them. Deserves all the praise and awards going.”

“… If you’re interested in the life and work of Fosse and Verdon then you will absolutely love this warts and all biopic. Rockwell and Williams are incredible.”

“… despite the incredibly disappointing final episode, it was all about the journey rather the final destination. Winter has come and winter has gone and it’s one I will never forget!”

“… The season takes joy in referencing the #MeToo and Time’s Up and Inception. The latter becoming a hilarious meta-textual delight. By the thirteenth episode, I had thoroughly enjoyed the scatter-gun chaos!”

“… with gripping narratives, great direction, memorable performances and the production team’s accurate eye for period detail in mind, I just did not want the latest season of to end.”

“… Ultimately, this is Shakespearean television of the highest quality. Succession (2019), is what we would get if Billy Wilder did TV.”

“… thoughtful, suspenseful and, at times, heartfelt drama. It highlights the shocking nature of sexual crimes against women and the very different ways police departments handle such situations.”

“… a more individual focused, personal and painful character study. Stephen Graham is absolutely amazing as the character of Joseph.”

“… Beautifully written, acted and directed, this is an incredible work of television. It combines both a fascinating style and a brutal vision of the struggle of these characters experience.” 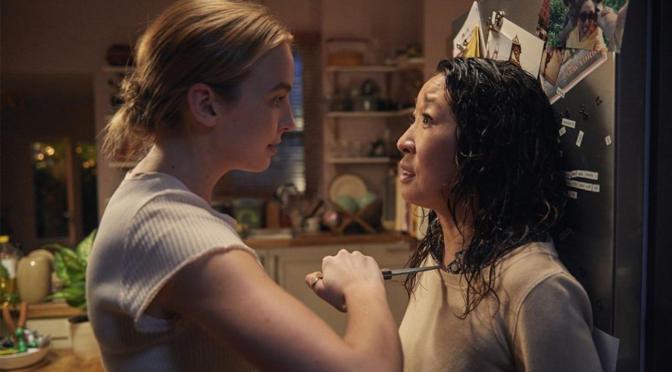 I love television and watched a lot of it last year on most terrestrial and streaming services; especially the BBC, ITV, SKY and NETFLIX channels.  I must admit I am way behind on many AMAZON and ALL 4/CHANNEL 4 programmes so will be rectifying that this year. Indeed, there are probably some glaring omissions because of this.

For comparison I include last year’s favourite TV shows. This year I have not included South Park (Season 22) as it was not as good as prior years, despite clearly being one of the funniest shows around. Also, Doctor Who does not make my list as there were too many average episodes. Lastly, a special mention to The Walking Dead (Season 9), which at the mid-season break had somehow pulled itself out of the torpid decline that occurred around Season 6. It may make my 2019 list once the latest season has finished screening this year.

Following on from my recent reviews of ITV drama shows I have also recently watched, many U.S. programmes over the last few months.  So, here are some more bite-size reviews with marks out of eleven. Hope you enjoy.

So, Norman Bates gets a paradoxical contemporary prequel which while chronologically set before Alfred Hitchcock’s classic Psycho (1960), exists in the now of mobile phones, crooked cops, Chinese sex slaves, cystic fibrosis and huge cannabis forests that drive the towns’ industry.  Freddie Highmore as young psycho Norman and Vera Farmiga as his domineering, yet sexy, mother are absolutely brilliant in this absurdly plotted but nifty little horror-crime-thriller-mish-mash. I especially enjoyed Highmore’s subtle delivery as he fights with the demons in his head, amidst hormonal teenage desires. Plus, more often than not he echoes Anthony Perkins classic performance as the original Master Bates. (Mark: 8 out of 11)

One of the most difficult things a screenwriter and director have to do, in my view, is to make rootable those wealthy, spoilt and first-world characters that drive your story. One way to do it is to make their conflict human and relatable, plus casting brilliant actors in the lead roles helps greatly too. Reese Witherspoon, Nicole Kidman, Laura Dern, Adam Scott, Alexander Skarsgard and Shailene Woodley are all on top acting form portraying various personas within the affluent Monterey upper middle classes. Jean-Marc Vallee directs David Kelley’s superb script with aplomb and the editing is some of the best you will see in a television show all year. The interweaving stories concerning an unknown murder victim; school bullying; warring parents; extra-marital affairs; and the abusive relationships, is expertly played out over seven compelling episodes. (Mark: 9 out of 11)

Again, how do you make rich people empathetic and rootable? Well in Billions the writers don’t!  They have created a superbly written series around some of the most selfish, self-centred, vicious and vindictive characters in hedge-fund shark Bobby Axelrod and unscrupulous Attorney General Chuck Rhodes; and pitted them against each other over ten compelling episodes. Damian Lewis and Paul Giamatti are on fantastic form as “Masters of the Universe” leads that will stop at nothing to destroy each other’s lives. Maggie Siff and Malin Akerman as their respective wives also at the sharp end of the legal, financial and psychological one-upmanship drama, along with a terrific ensemble cast including: David Constable, David Strathairn, Eric Bogosian, Toby Leonard Moore and the very gifted Asia Kate Dillon. (Mark: 9 out of 11)

After the explosive end to Season 2, which wiped out many of the major supporting players, Season 3 found Carrie Matheson and Nicholas Brody find themselves separated and in deep trouble. Matheson is cast as the scapegoat for the destruction of the CIA and failure in protocols while Brody is in Columbia lurching from one violent episode to another. The strength of the first two seasons came from the dynamic plotting, heart-racing suspense and the chemistry between Claire Danes and Damian Lewis. Season 3 suffers from the two’s separation slightly but there was enough dramatic moments throughout to make it well worth a watch. Danes was especially impressive as Matheson who is forever taking chances because of her determination to protect her country, plus her love for Brody. The show doesn’t present easy answers and the ending was particularly bleak as we come to realise that no one wins in these political and international wars. Have to say that Mandy Patinkin as Saul Berenson and Rupert Friend gave great support and the show ultimately remains compelling, even if at times it slightly tested believability.  (Mark: 8 out of 11)

My lord this show is SO brutal; in fact I think it is arguably the most violent TV show I have ever seen because many of the deaths are cold and hot-blooded savagery. In Seasons 6 and 7, Jax (Charlie Hunnam) desperately tried to become a better person and take the club down a more legitimate route, however, once an outlaw – always an outlaw. Thus battles with cops, IRA, gang-bangers, Mayans, Aryan Brotherhood, and more culminated in two seasons of the usual carnage and bloodshed. Also, Jax had the horror of dealing with the death of loved ones borne out of terrible lies and decisions by those close to him. The main strength of the show is the terrific ensemble cast of which Jimmy Smits, Charlie Hunnam, Tommy Flanagan and Katey Sagal really stood out. Also, the action and serpentine plot twists kept the dramatic irony and suspense at pulsating levels. Only the indulgent montages, over-the-top “I love you, brother” dialogue and overlong episodes wrenched a little but overall an exciting end to a gruesome but entertaining TV show.  (Mark: 8.5 out of 11)

The Walking Dead is very much like an elderly grandparent in as much as it has provided happy past memories; has a lot to offer in terms of historical experience; yet sits in their armchair only occasionally sparking into life for our entertainment. However, I must say, Season 7 was way more entertaining than Season 6, which overall really stalled in terms of storylines and fast-paced action. Rick Grimes (Andrew Lincoln) and his Alexandrian crew and family came under pressure, not just from the zombie hordes but also Jeffery Dean Morgan’s delightful uber-villain, Negan. Massacring two of the leading characters at the beginning of the season created a real sense of suspense throughout and, aside from a few filler episodes; I thought the writing and the introduction of other clans gave the show some dramatic impetus. I still think sixteen episodes are too many but the war against the Saviours was gripping and overall there was enough bloody zombie deaths to entertain this horror fan. (Mark: 8 out of 11)