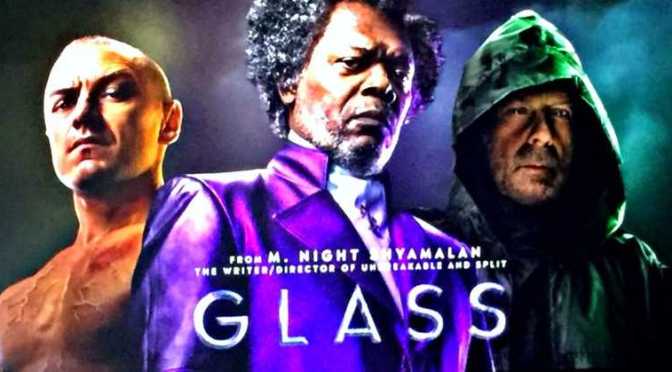 **CONTAINS SPOILERS FROM SHYAMALAN’S PRIOR FILMS**

M. Night Shyamalan is arguably one of the most critically divisive directors working today. Not because his films are particularly controversial, but mainly because he is a risk-taker that tests the boundaries of genre expectations. He has so many different ideas and concepts that quite often his movies have back-fired spectacularly, however, when he gets it right his genre films are highly entertaining and compelling. Films such as: The Sixth Sense (1999), Unbreakable (2000), Signs (2002), and The Village (2004), were for me, brilliant genre films full of invention, suspense and wicked twists. Many people felt The Village stretched the limits of suspending disbelief, but it was a masterpiece compared to his filmic failures like: The Lady in the Water (2006), The Happening (2008) and The Last Airbender (2010).

I missed seeing the apparent disaster that was After Earth (2013), yet it was opined that Shyamalan returned to some essence of form with the horror film The Visit (2015). However, I still felt there were some dodgy creative decisions in that, such as the story-filler-white-middle-class-rapping kid in amidst a creepy thriller. Yet, with Split (2016), Shyamalan was back to his best, weaving an exploitational B-movie kidnap-plot with a searing psycho-performance from James McAvoy. The ending, which found Anya Taylor-Joy’s ultra resilient Casey fighting back against McAvoy’s twenty-plus split-personality maniac, then brilliantly linked the film to Shyamalan’s Unbreakable (2000). Therefore Glass (2019), becomes the third part of an unlikely trilogy; three films where Shyamalan strives to create his own universe and mythology within a more realistic superhero and super-villain world.

Glass starts three weeks after the end of Split  and opens with a terrific and bruising encounter between McEvoy’s dominant “Beast” personality and David Dunn’s (Bruce Willis) vigilante, daubed “The Overseer” by the media. Captured by authorities, the two are locked up and analyzed by Sarah Paulson’s seemingly sympathetic psychiatrist, Dr Ellie Staple. Enter Samuel L. Jackon’s Elijah Price, who is ALSO being held at the same mental health facility. I mean what could go wrong? Does the catatonic Price have villainous plans for The Horde and The Overseer? What do you think?

What I love about Shyamalan’s screenwriting, and this is something which he could equally be criticized for, is you can hear the cogs of contrivance creaking with every plot turn. Yet his ideas really capture your imagination and you genuinely want to know what happens next. Personally, as a fan of say Agatha Christie, I love theatrical exposition and clear “rules-of-the-world” mechanics. Shyamalan gets his three big-hitters in the same place and cinematic fireworks, however unlikely and full of plot-holes it may be, ensue. Woven within the fights, monologues and narrative misdirections are very clever meta-textual references to comic-book structures. This adds a welcome context to the denouement, which contains at least two incredible revealing twists.

Ultimately, I feel, unlike certain critics, that Glass is a fun and entertaining end to the trilogy. Yes, it tests the believability grid but Shyamalan must be applauded for striving, once again, toward some form of originality within his chosen genre.  It arguably goes down a deep rabbit hole at the end which is hard to get out of; but the impressive cast keep you in the light for the most part. James McAvoy is simply, once again, outstanding. Why hasn’t he been nominated for an Oscar? Who knows! Jackson and Willis are always solid performers, although I felt that Dunn’s character was slightly thrown away at the end. Anya Taylor-Joy also stood out and she is going to be a big star if she carries on delivering wide-eyed and steely performances such as these. Thus, Shyamalan gives us another big hit and something very different from the Marvel and DC superhero universes; something altogether more human.