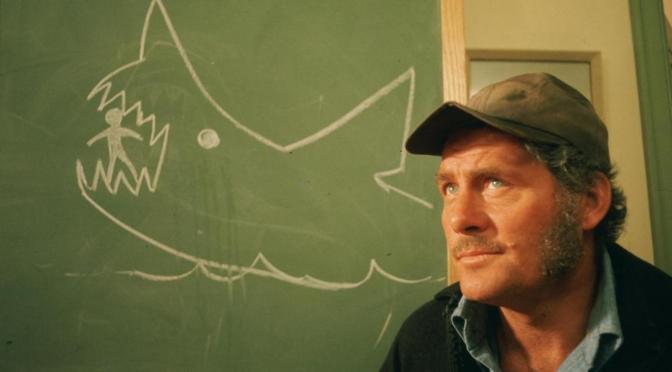 SIX OF THE BEST #32 – CINEMATIC STATEMENTS OF INTENT!

This is a dive into the world of punchy dialogue that sums up a film or character or a relationship in a few key words. Because sometimes you just don’t want to think and sometimes you don’t want subtle hints to a character’s intentions. On occasions you want the whole plot and cinematic situation summed up succinctly and in an emotionally impactful way. I like ambiguous or complex characters, but from time to time I just gots to know, in a few words, what the character wants or their plans or capabilities. How do they do that? Well, through a good old-fashioned statement of intent.

I would categorise a statement of intent as generally involving the words “I” or “me” and has a character telling another character or group, plus the audience, what they intend to do or how they feel about a particular moment in their life. Or indeed their life as a whole. There is no ambiguity, but rather a direct proclamation of where the character stands and what he or she wants. Actually, I should say this is an extremely masculine list, but la-di-da, it is what is and so it goes. Thus, here are six of the best, of what I call statements of intent from film.

One of the great character introductions of all time and an incredible statement of intent too. In a way Quint did catch the “bird”, but that big bird caught up with Quint too! What a speech! What a film!

“I’m as mad as hell and I’m not going to take this anymore!”

Acclaimed playwright Paddy Chayefsky arguably wrote one of the greatest cinema speeches of all time with Peter Finch’s newscaster, Howard Beale, reaching the end of his tether with society and life! The saddest thing about this statement of intent is that NOTHING has changed – the world is still nuts and it gets crazier by the day!

Sometimes three simple words can say more than a lengthy monologue, as James Cameron and Arnold Schwarzenegger combined to amazing impact in this classic sci-fi action film! Arnie lived up to his promise too, coming back again and again in a series of sequels and prequels and, aside from Terminator 2: Judgement Day (1992), rarely equalled follow-up films.

“Do you really wanna jump… Well, that’s fine by me!”

Amidst all the mullets, bullets and B-movie baddies of Shane Black’s over-the-top 1980’s script, there is in fact a moving buddy relationship in here too. There is also a compelling character arc of a suicidal man finding a reason to live through an adopted family. Mel Gibson’s Riggs has so many great scenes to demonstrate his wild-man acting style and the “jumper” scene is probably the best of them.

“You stay alive no matter what occurs – I will find you!”

This statement of intent comes later than they usually might in a film. But, under the fall of water and with the majestic score swelling Daniel Day Lewis’ Hawkeye powerfully declares his love and intentions to Madeline Stowe’s Cora Munro in Michael Mann’s incredible romantic war drama.

“I have a particular set of skills… I will look for you. I will find you. And I will kill you!”

Despite the xenophobic undertones within Pierre Morel and Liam Neeson’s rapid-paced action thriller, it does have one of the most iconic statements of intent in recent film history. Neeson delivers it brilliantly and what’s great is he does find the kidnappers and he does kill them! Just like he said he would! Nothing I like more than a man who keeps his word!

8 thoughts on “SIX OF THE BEST #32 – CINEMATIC STATEMENTS OF INTENT!”