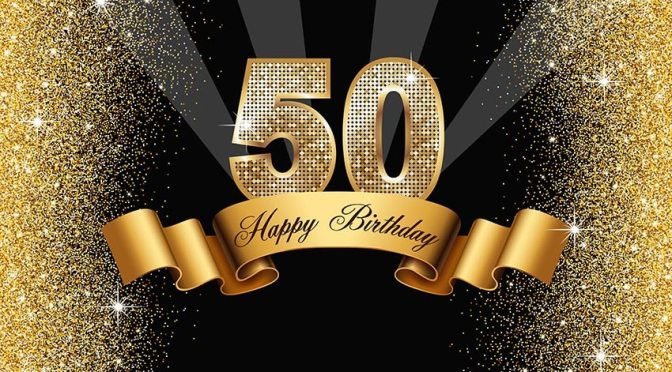 FIFTY NOT OUT! 50 FAVOURITE FILMS IN 5 MINUTES!

I celebrated my fiftieth birthday last week. So, for a bit of fun I set myself a cinema game involving the theme of fifty. I gave myself no more than five minutes to list fifty favourite films. The rules are simple:

Of course, these aren’t necessarily the best films ever, but instinctively films I love. Obviously, I am now kicking myself for the many great works of cinema I have missed. But, it’s just a bit of fun! So, here we go! In alphabetical order – FIFTY FAVOURITE FILMS chosen in FIVE MINUTES to celebrate FIFTY YEARS alive!

ANCHORMAN: THE LEGEND OF RON BURGUNDY (2004) 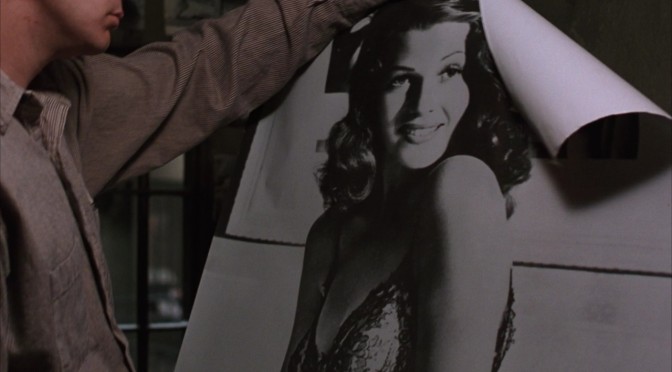 One of the main reasons I watch films is because I love a good story. I especially like working out the ins and outs of the plot lines too. So, it stands to reason that some films may have inconsistencies in their story or even plot holes. I would define a plot hole as a gap in the story which remains unexplained by the writer or writers. Sometimes these can spoil the film, but more often than not it can add to the enjoyment. They may in fact be known to the writers, however, they may have left it as an enigma for the audience to work out. Either that or the writers made a mistake or they could not be bothered to, or were unable to close the hole. In fact, they may be hoping we don’t notice or care.

There are so many films out there and I’m sure one could nitpick holes in most stories. Here I have picked out six of my favourites. I have chosen well known films so as to differentiate between good and just plain bad storytelling. Moreover, I have also omitted horror films where people just make stupid decisions. Likewise fantastical, surreal and dream logic narratives are avoided. Lastly, the major Marvel franchise plot hole is skimmed. You know the narrative hole that occurs in the stand alone entries. E.g. in Spiderman: Far From Home (2019), if the world is being threatened why don’t the other Avengers help poor Peter Parker? Oh, they’re conveniently busy. . . hmmm. Anyway, here are six of the best plot holes I like. If you can think of more please let me know.

This question is not always one that is brought up as an obvious plot hole. However, think about it. Kong is captured on Skull Island, but is suddenly revealed in New York. How did they manage to find a boat big enough to carry him to America? And what if he woke up? He would destroy any ship carrying him with a yawn and stretch. Plus, because we do not SEE him being transported a massive hole in the narrative occurs.

HALLOWEEN (1978) – who taught Michael Myers how to drive?

It chills the bones when Donald Pleasance’s Dr Samuel Loomis finds on a dark evening on October 30th, the day before Halloween, his most feared patient, Michael Myers has escaped from a maximum security facility. Myers has stolen a car and sped off into the night. The big question is, given Michael was six when he committed the murder, how the hell did he learn to drive? Obviously given Myers is a manifestation of pure evil, he somehow mastered driving through psychic force.

STAR TREK: THE MOTION PICTURE (1979) – the V’Ger probe would be coded as Voyager!

Talking of William Shatner masks, Star Trek is a wonderful science fiction television series and film franchise. It’s loved by many and given the numerous narratives involving time travel and alien species there are no doubt more plot holes in there. I mean the number of aliens who talk English and look human is quite something. However, in Star Trek: The Motion Picture (1979), there is a major plot hole involving the “V-Ger” probe. Indeed, the entire twist of the plot centers around “V-Ger” actually being “Voyager,” as demonstrated by the corroded name plate on the probe. It seems weird though that nowhere in its programming (or anywhere else) did Voyager have its name recorded. It would be like if a label of a computer, say “Dell”, had the “D” covered up, the boot-up screen would not read, “ell” during post, it would still read, “Dell”! Thus, the plot hole is entirely illogical, Captain.

THE TERMINATOR (1984) – why not just destroy the time machine and stop Kyle Reese going back?

There are loads of plot queries in James Cameron’s classic sci-fi thriller. The one I like the most is more paradoxical than plot hole, but similarly this illustrates flaws in Skynet’s overall plan. Given Skynet and The Terminator have detailed files on everyone, why didn’t they know Kyle Reese was John Connor’s father? If so, just destroy the time machine to stop him going back. If killing Sarah Connor in the past stops John from ever being born, perhaps killing Kyle or stopping him time travelling would have the same effect.

SHAWSHANK REDEMPTION (1994) – when Andy escapes, how does he put the poster back so perfectly?

This is one plot hole I love and is in fact, given Andy Dufresne’s incredible struggle to escape, one you can certainly understand. I mean, thematically speaking, Andy is coded as a spiritual Christ-like figure throughout the film. It’s very subtle, but it is there. Thus, perhaps, he had some divine intervention during his escape. He definitely earned it. Lastly, I also love that it is literally a plot hole and Andy escaped right through it.

SIGNS (2002) – why did the Aliens raid a water-based planet when it hurt them?

While the director has had his fair share of critics, I generally enjoy most of his early films and some of the more recent ones. Signs (2002) is a fantastic sci-fi thriller with themes of faith, family and alien incursion. The major hole is the aliens have to be incredibly stupid to want to invade a planet that is 70% their biggest weakness. However, as some have pointed out, it wasn’t an invasion, but a raid to get some people. However, given people are made up of water and water is in Earth’s atmosphere, perhaps Shyamalan should have made their weakness alcohol or even actual acid. Still a very entertaining film though. 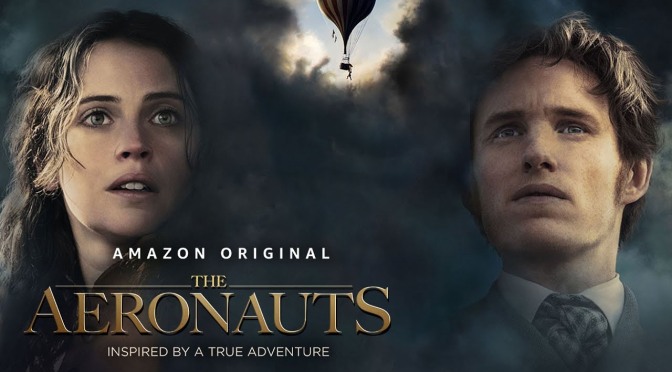 Written by: Jack Thorne – based on the book Falling Upwards: How We Took To The Air by Richard Holmes

Obviously, with all the cinemas quite rightly shut, one now has to look about the streaming platforms for films missed when first released. While not a massive cinema release, The Aeronauts (2019) was a big budget Amazon original production, thus fits the bill perfectly. Based on true events set in London, circa 1860’s, this period adventure drama focusses on intrepid pilot, Amelia Wren (Felicity Jones) and budding meteorologist, James Glaisher (Eddie Redmayne), as they attempt to conquer the sky and elements in a hot air balloon. Their overall aim is to fly a balloon higher than it ever has, while Glaisher attempts to make scientific progress in regard to predicting the weather. It doesn’t sound that interesting when you put it like that, but how wrong was I?

Now, I am not a fan of adventurers or flying or heights. Therefore, The Aeronauts (2019), did not really interest me as a film narrative. However, I am glad I watched it, as it proved one’s prejudices against themes or subject matter can be short-sighted. Indeed, Jack Thorne’s intelligent script and Tom Harper’s cute direction really pull you into this high-flying and breath-taking drama. While the special effects are amazing, as you are given all manner of exciting and dangerous moments for the lead characters, the real power lies in the empathetic and heartening characterisations. Moreover, Felicity Jones and Eddie Redmayne give tremendously warm and energetic performances. Both their protagonists not only battle against the dangers in the balloon, but also against fierce patriarchal and scientific hierarchal rivals on the land. Lastly, in Amelia Wren’s case, she fights against deeply painful emotions relating to grief and sacrifice too.

Jack Thorne’s script frames events from the spectacular launch of the giant balloon, and the air journey itself provides the spine of the story. Throughout though, the film flashes back and forth between the voyage and Amelia and James’ past. At times I felt the flashbacks hindered the momentum of the adventure, but I recognised they were essential in order provide history and texture. Nonetheless, the amazing skyline vistas and horizons are impressively rendered by the special effects’ personnel. Also, the suspense is palpable as Amelia and James’s lives are threatened constantly by the unpredictable weather conditions. Jones and Redmayne’s on-screen chemistry is especially good as they initially argue, before finding common ground and mutual respect. Jones herself gives a very magnetic performance full of vulnerability and strength. While Amelia Wren is a fictional character compared with James Glaisher, she remains a powerful one. Ultimately, The Aeronauts (2019), is a classic adventure story with a grounding in scientific discovery, but above all else, contains exciting spectacle and a very moving emotional core.