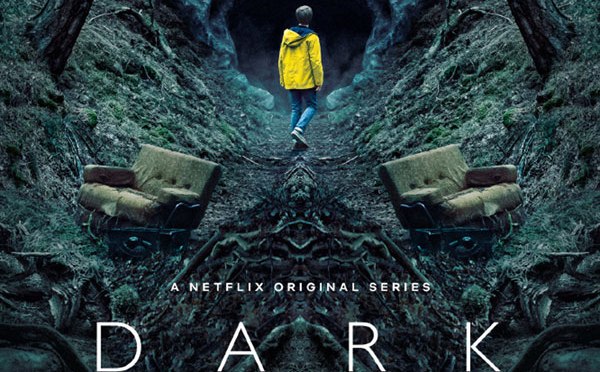 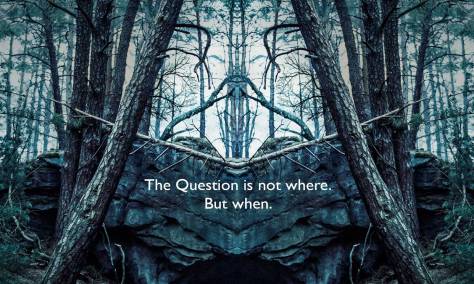 Where do you start with this clever German science-fiction-family-drama-murder-mystery-serial-killer-historical-thriller-drama?  Because over ten fascinating episodes it is challenging, baffling and mind-blowing in equal measures. Does this mean it’s any good? Well, on the main, it is well worth a watch, especially if you like labyrinthine narratives concerning time-travel paradoxes, death, human corruption and familial conflict.

Set in the fictional German town of Winden, Dark begins in 2019 before later on moving around in time covering at least another two separate timelines. I will admit I do not want to give spoilers away on this but if you like on-screen jigsaws which span different years and various versions of characters as children, adults and the elderly then this is for you. Indeed, over the ten episodes the creatives behind the show take you on a gruesome, stylish and splintered journey into the characters’ past, present and future. 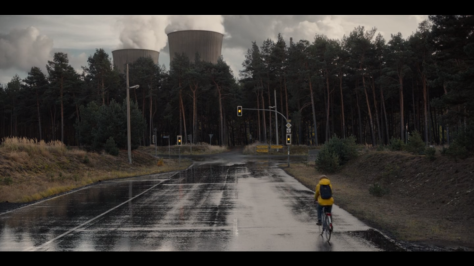 Dark is grim, weird with loads of death. It opens with the suicide of a man and a teenager from the local school has also gone missing. Further disappearances occur which baffle the police while at the same time dead birds drop out of the sky. Yet, this is to all intents and purposes a normal town with regular families, school, police and oh, a Nuclear power station. So, if you’ve seen the recent Netflix show Stranger Things you’ll recognise we’re in similar Stephen King type horror territory. Having said that, Dark doesn’t actually worry about you liking these intense characters the way King and Stranger Things does. Although you do root for some of them they are a humourless bunch. But, who can blame them given what’s about to happen to their town and it’s the weirdness and mystery that keeps you watching. 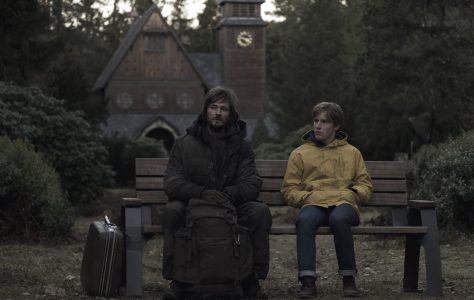 Centred around four families within Winden called: Nielsen, Kahnwald, Doppler and Tiedemann, who all have secrets to hide. As these secrets are revealed the intriguing writing gives us more and more mysteries and at times I felt lost. However, with a multitude of strands pulled together during the last couple of episodes I was fully on board this incredibly rich genre mix of horror, drama and science-fiction. The style is also very alluring with darkness, light, rain, stark landscapes and photography creating a thrilling mood, along with the haunting score. Finally, there were still loads of questions which remained at the end but I’ll certainly be back for Season 2 in the future. 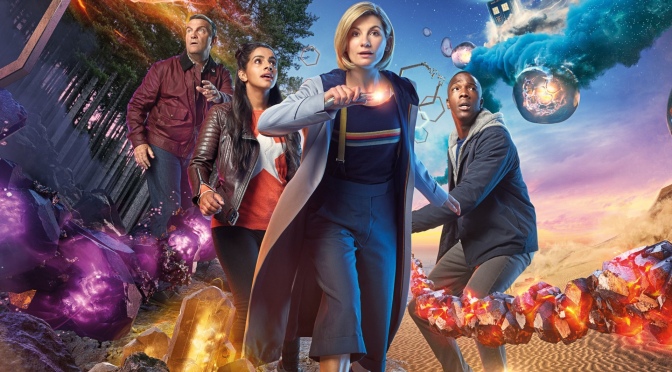 As a massive Doctor Who fan I was very much looking forward to the latest incarnation of one of the galaxies’ longest running television shows ever. With a new Sunday screening slot it was great to see the show back with a new Doctor, new showrunner, new sonic screwdriver, new companions, new theme tune, new Doctor Who costume and new, soon to be seen, inside-of-the-TARDIS. Yet, while there were lots of new stuff flying about on screen there was pretty much no major changes in the narrative formula. Basically, an alien from outer space, along with various sidekicks, battle to save the Earth or whatever planet they are on, while using: skill, luck, gadgets, guile, time-travel paradoxes, intelligence, stupidity, righteousness, technology, diversity, bravery, action, morality and good old fashioned running and jumping about.

The first episode in this series called The Woman Who Fell to Earth was a fine, if safe, introduction to the new Doctor. It had a lot ground to cover introducing all the various elements I mention above and on the whole Chris Chibnall delivered a fun, linear script with some great lines of dialogue, decent jokes and an emotional pull not always present in Steven Moffat’s often very complex temporally challenging narratives. The “Predator” style alien invasion was something we’d seen before in Doctor Who and many science-fiction shows, films and books but the actual alien monster itself was quite scary. Moreover, some good comic mileage was mined from name “Tim Shaw” alone.

Jodie Whittaker, an instinctive and ultra-talented actor, was effervescent in the lead role and her earthy Yorkshire accent is certainly a change from the gravelly Scottish brogue of Peter Capaldi. The Internet broke when Whittaker was cast as the first female Doctor with protestations on the gender switch. All I can say is: get a life! The Doctor is both an alien shape shifter with two hearts who has lived for many millenniums and let’s face it, fictitious!  Who cares what gender they are because the most important thing is the quality of production, storylines and performances?  Based on this episode and the future clips I think this season will be very fine entertainment. I think that once Whittaker settles in to the role and is given some meaty and passionate storylines we will see her Doctor soar. Due to the characters’ regeneration and the wicked pace of the episode, Whittaker’s emotional range was not really tested, but I’m sure it will be.

Perhaps the most surprising thing for a show with so much change was how familiar it all felt. But the one thing I did enjoy was the feeling we’ll be spending time with an interesting and diverse set of characters within a pseudo-family unit. You have the Doctor, obviously, representing both mother and father, Bradley Walsh’s character representing the Grandfather and Tosin Cole and Mandip Gill representing older children. It remains to be seen whether the latter will have a will-they-won’t they-romantic relationship, which would require a re-write on this observation. Nonetheless this new-styled A-Team-in-Space will be a force to be reckoned with I’d say. Perhaps more time could have been allowed for the characters to question the fantastical events but the episode went for fast, fast and faster so hopefully later episodes will give us a chance to breath a tad more.

Ultimately though, Doctor Who is thematically a show about hope, family, caring, inclusion and doing the right thing in space and time. It’s also meant to be a lot of fun. Chris Chibnall, as showrunner, hasn’t aside from casting a female Doctor, attempted to reinvent the wheel but instead concentrated on the strengths of the show.  He has demonstrated by the diverse castings, the opening Northern setting, and introduction of a dyspraxic character that inclusion will thrive, as usual, in the Doctor Who ‘Universe’. So, if this series delivers some fine emotional scripts with scary monsters, space-ships, aliens and some good old time-travel bits then BBC1 on Sunday evenings will certainly be worth watching. Unless you record the show and watch it in the future!  In which case the future is in safe hands too.