SIX OF THE BEST #18 – FILM ANTHOLOGIES

While we all love a good proper feature film containing one continuous narrative, the anthology or portmanteau film has thrown up some fine cinematic entertainment over the years. Generally, an anthology film can be described as a collection of works with a linked theme, genre, style and author etc.

Thus, in my occasional Six of the Best series I have decided to pick some favourite ones. To make it more interesting I have chosen them from different genres. Otherwise, I would have just chosen all horror films. So, here are six of the film anthology films worth watching.

The Ballad of Buster Scruggs is a mischievous alchemy of stories. Here, the Coen Brothers reach into their cinematic bag of tricks to deliver an entertaining and memorable collection of characters, songs, bloody death, jokes, pathos, landscapes, snappy dialogue, dark humour and action. Coen’s films often improve with each viewing as their work is so full of stylish depth and this is no different. Quite often, you’re laughing so much you miss the philosophical happenstance which is occurring in many of these fine stories.

It seems sacrilege not to include the likes of George Romero’s Creepshow (1982) or one of Amicus’ unhinged collections such as Dr Terror’s House of Horror (1965). But, having watched this classic recently I can certainly say it has some brilliant and scary stories which stand the test of time. Full to the brim with the cream of British acting, writing and directing talent, the standout tale is Michael Redgrave’s troubled ventriloquist, although the whole film is a nightmarish treat for horror fans.

With the current trend for Disney to remake their back catalogue as “live” action films in mind, I very much doubt they will doing this with Fantasia. Conceived as a short to re-invigorate the slowing career of Mickey Mouse, the film is unlike any other Disney have made. It consists of experimental, non-narrative and hallucinogenic vignettes mainly set to wondrous classical music. A masterpiece of hand-drawn animation, style, colour and design, it’s certainly not just for kids. I recall many images giving me nightmares when saw it as a child and it remains a powerful cinematic work to this day.

I was going to choose Woody Allen’s erotic sketch film, Everything You Wanted to Ask About Sex but were Afraid to Ask (1972), for the comedy section. However, I decided to select a more deadpan and character oriented film. What better then, than a Jim Jarmusch curiosity. I love the concept of the film as Jarmusch sets several themes and parameters in place. There are five slice-of-life vignettes set on the same night in the cities of Helsinki, New York, Rome, Paris and Los Angeles, all starring some of Jarmusch’s favourite actors. Relationships and quirky interactions between cab driver and passenger are explored in the filmmakers’ inimitable style.

Quentin Tarantino’s second feature film remains a fresh masterpiece of colliding gangsters, uber-cool hitmen, fixers, boxers, sexual deviants, femme fatales, drug addicts and general criminal types. With an over-lapping timeline that kind of does a figure of eight, we get stories ranging from a couple robbing a diner; a boxer double-crossing a crime boss; and an employee almost killing his boss’s wife. Tarantino breathes life into the crime genre and the stock pulp characters with one of the greatest screenplays ever written; full of incredible dialogue, startling twists and a brilliant ensemble cast.

Damián Szifron conjures up a delectable and devilish set of stories mostly based around the themes of obsession and revenge.  It opens with a breath-taking little prologue featuring a horrific incident on a plane and culminates in arguably the wildest tale when the Bride goes on the rampage at her wedding.  Everyone’s favourite Argentinian actor Ricardo Darin pops up in the middle as an explosives expert who enacts revenge on City Parking fascists. I love the whole thing as the film delivers a full deck of twists that master of the macabre Roald Dahl would be proud of. 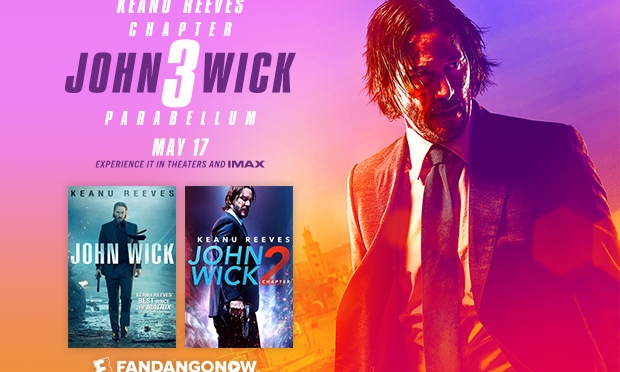 Have you ever thought: what’s the point in carrying on? We know we’re going to die someday so why bother trying to live? Dead French bloke Albert Camus wrote an existential essay called The Myth of Sisyphus and deemed life an exercise in the absurd. He offered mythological character Sisyphus as an example. Sisyphus was condemned to immortality for deceiving the Gods and his penance was to push a massive rock up a hill over and over. Camus wasn’t all doom and gloom, because he opined Sisyphus’s struggle ultimately gave his life meaning.

Why am I skirting around such philosophical musings? Well, John Wick is a classic “Sisyphean” character; destined to a repetitive cycle of life and death with very slim reasons for carrying on. In the first film it was revenge. In the second film it was paying back a marker; and then revenge. In the current, and third film of the franchise, it’s because he broke the rules of the assassin’s world and must pay the $14 million price. Plus, more revenge.

Yet, plot and reason are not the main purpose for watching this franchise. I watch it for the non-stop-Asian-infused-rainy-New-York-noir-flavoured-non-stop-balletic-violence-and-stunts. Here the incredible death toll and bloody killing is differentiated somewhat with: animals, vehicles and assorted sharp ojects joining the array of guns and fists used to hurt the two-dimensional bad people sent by the mysterious High Table gangsters. It doesn’t pay to analyse the film with logic, so just enjoy the immaculate: set design, art direction, cinematography, choreography, editing, visuals; and all-encompassing sound and fury.

Keanu Reeves, once again ignores the limits of his emotional range to deliver a formidable physical performance. Just his face, actions and movement alone are enough to convey his desires. Meanwhile, the writers open out John Wick’s back-story; shading in his past relationships and historical beginnings. This allows us to escape New York and venture to the Middle East, for a bit of sun and much needed change of scenery.

The film also welcomes a slew of fine character actors in support roles including: Halle Berry, Jerome Flynn, Asia Kate Dillon and Angelica Huston. They join the ever reliable Ian McShane, Laurence Fishburne and Lance Reddick from the first two chapters. Although, someone may have asked Fishburne to “rain” in his more bombastic moments, it’s still fun to see Neo and Morpheus on screen together. Oh, but the stunt dogs and 1990s B-movie action hero, Mark Dacascos, steal the show in their featured moments.

Overall, while showing signs of formula fatigue, John Wick: Chapter 3, remains a simple but wonderfully entertaining guilty pleasure. The choreography within the fight scenes and car/horse/motorcycle chases just transcend the action genre. Using: humour, pace, shock and sheer kinetic power they consistently startle and astound. Lastly, one could look at Wick’s character in mythical terms, perpetually fighting the Gods and forever pushing the rock up that hill. Indeed, I guess, like Sisyphus, Wick will carry on ad infinitum as long as there is someone to kill; and an audience wanting to watch such exquisite carnage on a big screen. 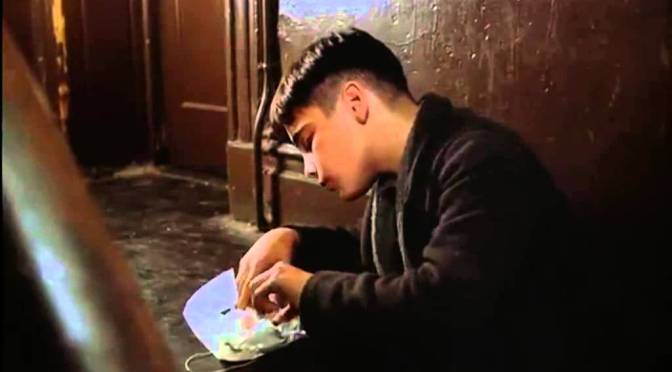 Sergio Leone’s sprawling, violent, elegiac and epic gangster film is rarely on television but always deserves a re-watch every few years. It revolves around the lives of young gang of Jewish friends growing up in 1920s Brooklyn called: Noodles, Max, Patsy, Cockeye and little Dominic. It contains majestic story-telling of the highest quality as the story is structured around past, present and possible future, with Robert DeNiro’s older Noodles reminiscing and projecting from the hazy and drug-addled glow of opium den. The film acts as a history of childhood friendships and includes themes relating to: love, lust, greed, betrayal, loss, broken relationships; as well as focusing on the rise of mobsters in American society.

As a father myself it is a very noticeable trajectory seeing one’s son grow up from a small child to an adult and witnessing the changes in character as he becomes a man. The single most significant thing for me is that loss of innocence, not so much in regard to a child becoming a bad person, but that light which seems to drift away from a young person when they become a teenager. Once Upon A Time in America is a brilliant film in dealing with the collision between young innocence and adult corruption by external society and natural changes.

One such scene which perfectly encapsulates such a loss of innocence occurs when young Patsy (Brian Bloom) buys a cream cake with the desire to lose his virginity to a local girl. He buys the cake, sits on the stairs waiting for her to get ready and looks at the cake. Ennio Morricone’s beautiful score resonates as Patsy is tempted by the cake. He fingers at the cream just once, then again and then all thought of sexual temptation is removed by the desire for cake. In the end he eats the whole cake and scrams when the girl opens the door. Such a classic scene stands as a beautiful and touching moment amidst all the death and violence throughout. For that moment Patsy’s innocence remains intact yet we know that, in this violent, ugly world of: men, gangsters, guns, crime, crooked cops and prohibition it will not last forever.

Written by Paul Laight and directed by Jonathan Wolff.

Paul’s ‘lost’ film AFRAID OF THE LIGHT (2008) is now available to view online. It is a brilliant little crime thriller beautifully shot on 16mm film in black and white.

He wasn’t involved in the production or the marketing therefore the film has not been seen by many people unfortunately.

It’s a shame it didn’t get a run at short film festivals as it is very impressive. Check it out here.